'Revolving Maturity Date' means April 15, 2019."
3. Legal Effect.
(a)Except as expressly set forth herein, the execution, delivery, and performance of this Modification shall not operate as a waiver of, or as an amendment of, any right, power, or remedy of Bank under the Agreement, as in effect prior to the date hereof. Borrower ratifies and reaffirms the continuing effectiveness of all promissory notes, guaranties, security agreements, environmental agreements, and all other instruments, documents and agreements entered into in connection with the Agreement.
(b)Borrower represents and warrants that the representations and warranties contained in the Agreement are true and correct as of the date of this Modification, and that no Event of Default has occurred and is continuing.

(i)this Modification and any other documents which Bank may require to carry out the terms hereof; and

4.No Other Changes. Except as specifically provided in this Modification, it does not vary the terms and provisions of any of the Loan Documents. This Modification shall not impair the rights, remedies, and security given in and by the Loan Documents. The terms of this Modification shall control any conflict between its terms and those of the Agreement.
5.Integration. This is an integrated Modification and supersedes all prior negotiations and agreements regarding the subject matter hereof. All amendments hereto must be in writing and signed by the parties.
6.Counterparts. This Modification may be executed in one or more counterparts, each of which shall be deemed an original but all of which taken together shall constitute one and the same Agreement, and shall become effective when one or more counterparts have been signed by each of the parties hereto and delivered to the other party.
[end of Modification; signature page follows] 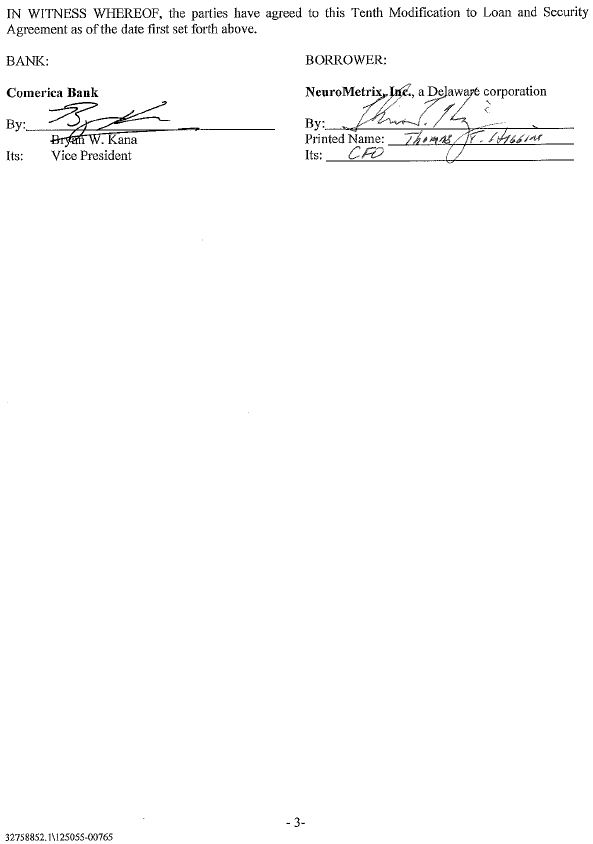