5
IN WITNESS WHEREOF, the undersigned have caused this Settlement and Termination Agreement to be executed as of the date first above written.
BRICKELL SUBSIDIARY, INC. 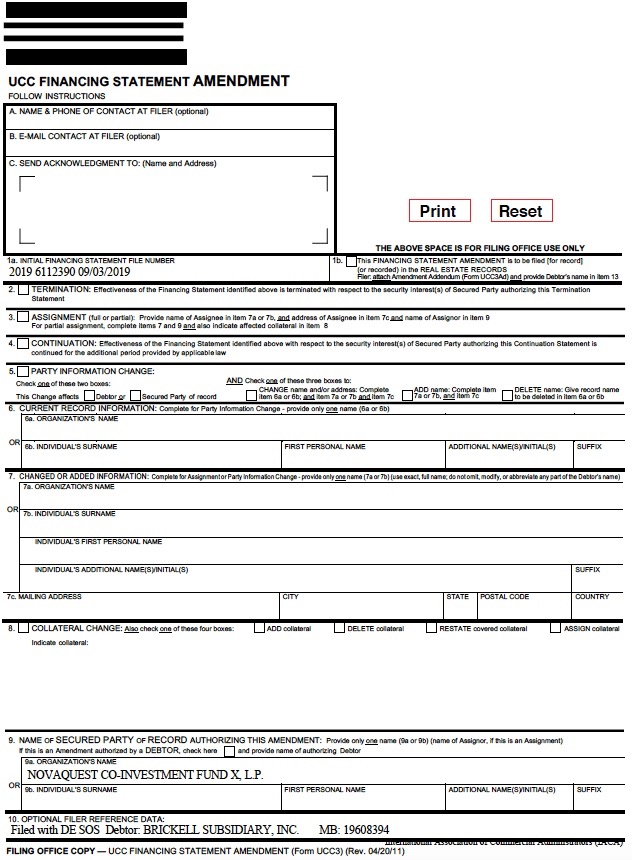