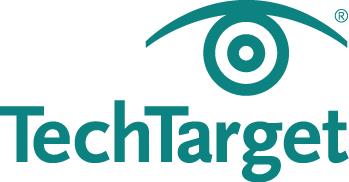 This 2020 Executive Incentive Bonus Plan (the “Plan”) is intended to provide an incentive for superior work and to motivate eligible executives of TechTarget, Inc. (the “Company”) toward even higher achievement and business results, to tie their goals and interests to those of the Company and its stockholders and to enable the Company to attract and retain highly qualified executives. The Plan is for the benefit of Covered Executives (as defined below).

From time to time, the Compensation Committee of the Board of Directors of the Company (the “Committee”) may select certain key executives (the “Covered Executives”) to be eligible to receive bonuses hereunder.

The Committee shall have the sole discretion and authority to administer and interpret the Plan. The specific goals and targets under of the Plan for each performance period shall be determined by the Committee and, once approved, filed with the minutes of the Committee.

(a) A Covered Executive may receive a bonus payment under the Plan based upon the attainment of performance targets which are established by the Committee and relate to financial and operational metrics with respect to the Company or any of its subsidiaries (the “Performance Goals”), including the following: earnings per share, revenues, EBITDA, Adjusted EBITDA (defined as EBITDA further adjusted for stock-based compensation expense), percentage of revenue under longer-term contract, or such other metrics as the Committee may determine. For 2020, payment of a bonus pursuant to the Plan will be based 1/3 on attainment of a Revenue, Adjusted EBITDA, and Percentage of Revenue under Longer-Term Contract (“Longer-Term Contracts Goal”) target, respectively, as defined and approved by the Committee.

The Company reserves the right to amend or terminate the Plan at any time in its sole discretion.