This Amendment 1 dated August 15, 2019 (“Amendment”) to the Share Exchange and Purchase Agreement dated August 9, 2019 (“Agreement”) between (i) FACEBANK GROUP, INC., a Florida corporation (the “Company”) with the EIN registration number ###-###-#### and the shareholders of FACEBANK AG, a Swiss corporation (“TARGET”) with the registration number CH-270.3.015.606-4 as set forth on the signature pages hereof (the “TARGET Shareholders”) is made between the Company, TARGET and TARGET Shareholders (collectively the “Parties”), with the Parties hereby consenting to the following:

TARGET Financial Statements as referenced in the Section 2.06.a of the Agreement and amended herein has been provided to the Company as following:

Parties hereby consent that their authorized representatives will join the Supervisory Board meeting of Nexway AG at 11.15am CET on Friday, August 16 dialing in live and presenting the ownership change transaction of Nexway AG as further described in the Exhibit K as well as the ownership change of TARGET as per the Agreement, leaving then up to Nexway AG Supervisory Board to make a decision on the timing and contents of the related public disclosures.

As of August 15, 2019 the TARGET had been in a process of significant changes in its corporate structure executed through the series of the Authorized Transactions, with the target corporate structure as presented in the amended Exhibit J herein to be legally effected by no later than September 30, 2019. 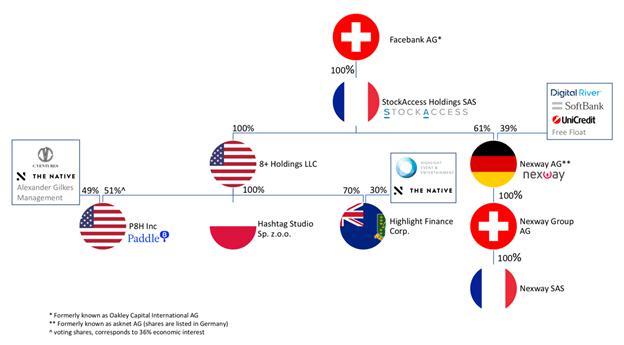 Specifically, the Parties have consented to the following Authorized Transactions that had been either ongoing or about to be initiated as of August 15, 2019 (“Closing Date”) with their scheduled completion dates being anywhere between the Closing Date and September 30, 2019:

The Parties hereby agree to close on the transaction specified in the Agreement and file related announcements if required by no later than 18:00 EST on August 16, 2019. All of the post-closing conditions including the transfer of the shares in the Key Subsidiary (Nexway AG), assignment of the loan owed by P8H Inc and completion of the Authorized Transactions should be finalized before or on September 30, 2019.

August 16, 2019, Basel, — The Native SA, a Swiss-based and Swiss-listed (NTIV: SWX) ecommerce and media company, is announcing that it has entered the Asset Purchase Agreement with an existing minority shareholder of Nexway AG to divest of the entire The Native’s ownership interest in Nexway AG (equivalent to 51% ownership interest in Nexway AG) and 70% ownership interest in Highlight Finance Corp. The transaction remains subject to multiple conditions precedent and is expected to close before or on September 30, 2019; once and if completed it (i) will reduce consolidated debt of The Native SA by at least EUR 23 million, (ii) de-consolidate all of the revenues and operating losses of Nexway AG, the largest consolidated subsidiary of The Native SA today, and (iii) generate EUR 3.5 million in net proceeds to The Native SA including EUR 2 million in cash and the balance in the form of fixed income securities. This transaction carries far more advantageous economics compared to the call option announced on July 31, 2019 (https://thenative.ch/wp-content/uploads/2019/07/Adhoc_call_option_07312019-3.pdf) as it provides for EUR 23 million debt reduction when completed in addition to EUR 3.5 million in proceeds to The Native SA. In that context, the Native SA board today terminated the option agreement for divestment of Nexway AG shares originally signed and announced on July 31 with no penalty or economic loss to The Native SA of any sort. 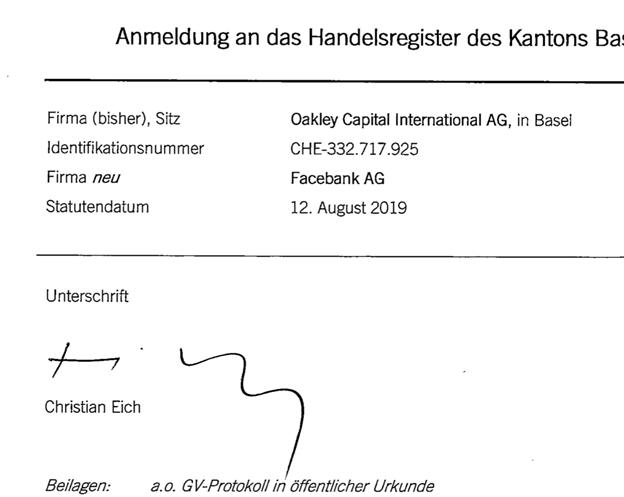 Cash and Securities Assets Owned by TARGET and its key subsidiaries as of August 14, 2019