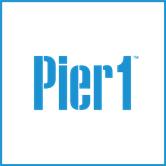 As a valued member of the Pier 1 senior executive team and as one whose continued leadership will be especially critical during this time, I am delighted and pleased to inform you that the Compensation Committee of the Board of Directors approved a cash retention award of $450,000.00. A formal agreement will be provided that will outline the terms and conditions of your retention payment.

On behalf of the Board of Directors congratulations and thank you, not only for your current contributions, but for what you will surely contribute to the future success of our beloved Company.

For purposes of this Award agreement, the term:

“Affiliate” means any entity which is controlling, controlled by, or under common control with the Company.

“Cause” means the occurrence of any of the following events:

(a)refusal by Executive to follow a lawful direction of any superior officer of the Company or an Affiliate, provided the direction is not materially inconsistent with the duties or responsibilities of Executive’s position;

(b)performance deficiencies which are communicated to Executive in writing as part of performance reviews and/or other written communications from any superior officer of the Company or an Affiliate;

(c)willful misconduct or reckless disregard by Executive of Executive’s duties or of the interest or property of the Company or its Affiliates;

(d)any act by Executive of fraud against, material misappropriation from, or significant dishonesty to either the Company or an Affiliate; or

(e)conviction by Executive of a felony.

“Good Reason” means the occurrence of all of the events listed in either (a) or (b) below:

Executive shall treat as confidential the fact of Executive’s receipt of this Award and its terms and conditions.  If the Company determines that Executive has shared such information with any other person, any right to payments under this Award shall be forfeited.

This Award shall not be construed as giving Executive the right to be retained in the service of the Company or an Affiliate. Executive shall remain subject to discharge to the same extent as if the Award had never been granted.