This Amendment to Illinois Future Advance Real Estate Mortgage (the “Amendment”), dated as of December 20, 2019, is entered into by and between ILLINOIS CORN PROCESSING, LLC, a limited liability company organized and existing under the laws of Delaware (the “Mortgagor”), and COMPEER FINANCIAL, PCA, a federally-chartered instrumentality of the United States (the “Mortgagee”).

WHEREAS, the Mortgagor and the Mortgagee have entered into that certain Illinois Future Advance Real Estate Mortgage dated September 15, 2017 (as the same may from time to time be amended, restated, modified or otherwise supplemented, the “Mortgage”) and recorded on September 19, 2017 in the real estate or mortgage records of Tazewell County, Illinois as Document No. 201700014103;

WHEREAS, Mortgagor, Mortgagee and CoBank, ACB are parties to a Credit Agreement dated as of September 15, 2017, (as amended, restated, supplemented or otherwise modified from time to time) including by that certain Amendment No. 1 to Credit Agreement and Waiver (the “ICP Amendment”) of even date herewith;

WHEREAS, PACIFIC ETHANOL PEKIN, LLC, a limited liability company organized under the laws of Delaware and affiliate of Mortgagor (“PEP”), Mortgagee and CoBank, ACB are parties to a Credit Agreement dated as of December 15, 2016, (as amended, restated, supplemented or otherwise modified from time to time (the “PEP Credit Agreement”) including by that certain Amendment No. 7 to Credit Agreement and Waiver (the “PEP Amendment”) of even date herewith;

WHEREAS, in connection with the ICP Amendment and the PEP Amendment, Mortgagor executed a Guaranty even dated herewith (“PEP Guaranty”) in favor of the Mortgagee, guarantying, among other things, PEP’s Obligations as such term is defined under the PEP Credit Agreement;

WHEREAS, the Mortgagor has requested that the Mortgage be amended as herein provided; and

WHEREAS, the Mortgagee is willing, subject to the terms and conditions hereinafter set forth, to make such amendments;

NOW, THEREFORE, in consideration of the agreements herein contained, the parties hereby agree as follows:

1. The definition of “Obligations” contained in Section 1.01 of the Mortgage is hereby amended by deleting the first sentence of the definition in its entirety and replacing it with the following:

(i) all Obligations (as such term is defined in that certain Credit Agreement dated as of September 15, 2017, by and among the Mortgagor, the Mortgagee, and CoBank, ACB) and all other indebtedness and other obligations of the Mortgagor to the Mortgagee and CoBank, ACB of every type and description, whether now or hereafter arising, fixed or contingent, as primary obligor or as guarantor or surety, acquired directly or by assignment or otherwise, liquidated or unliquidated, regardless of how they arise or by what agreement or instrument they may be evidenced, including without limitation, all future advances, future obligations, indebtedness under all loans, advances and other extensions of credit made to or for the account of the Mortgagor, including, without limitation, the promissory note(s) that are more particularly identified on Exhibit “B-1” hereto (as such promissory notes may be amended, restated, modified, supplemented, replaced, refinanced, or renewed from time to time), and including, without limitation, obligations under Interest Rate Agreements (as defined below), and all covenants, agreements, and provisions contained in this Mortgage and in any of the Credit Agreements, and

(ii) all Obligations (as such term is defined in that certain Guaranty dated as of December 20, 2019, executed by the Mortgagor in favor of the Mortgagee and CoBank, ACB) (the “ICP Guaranty”); provided that, upon payment in full of the Guaranteed Amount (as defined in the PEP Guaranty), this clause (ii) shall be automatically deleted and thereafter, the defined term “Obligations” as set forth herein shall mean as defined in above clause (i), and the promissory notes referenced on Exhibit B shall only include those promissory notes made by Mortgagor.”

2. Exhibit B of the Mortgage is hereby amended by deleting it in its entirety and replacing it with Exhibit B attached hereto.

3. The Mortgage, as amended hereby, continues to serve as security for all past, current and future Obligations (as defined in the Mortgage) of every kind and nature which currently exist or may exist in the future.

4. This Amendment shall not be construed as a novation of the promissory note(s) or other obligations secured by the Mortgage.

5. All terms and conditions of the Mortgage shall remain in full force and effect except as amended by this Amendment, and in all other respects are fully confirmed and ratified, and the Mortgage shall continue as a lien upon all the real property described in Exhibit A attached hereto and Exhibit A to the Mortgage.

6. This Amendment relates only to the specific matters covered herein and shall not constitute a consent to or waiver or modification of any other provision term or condition of the Mortgage.

7. This Amendment may be executed in two or more counterparts, each of which shall be deemed an original but all of which shall together constitute one and the same instrument.

IN WITNESS WHEREOF, Illinois Corn Processing, LLC, as Mortgagor, has caused this Amendment to be signed in its name, all as of the day and year first above written.

I certify under PENALTY OF PERJURY under the laws of the State of California that the foregoing paragraph is true and correct.

WITNESS my hand and official seal.

The foregoing instrument was acknowledged before me this 26th day of December, 2019, by Kevin Buente, as Principal Credit Officer of Compeer Financial, PCA, a federally-chartered instrumentality of the United States.

Witness my hand and official seal. 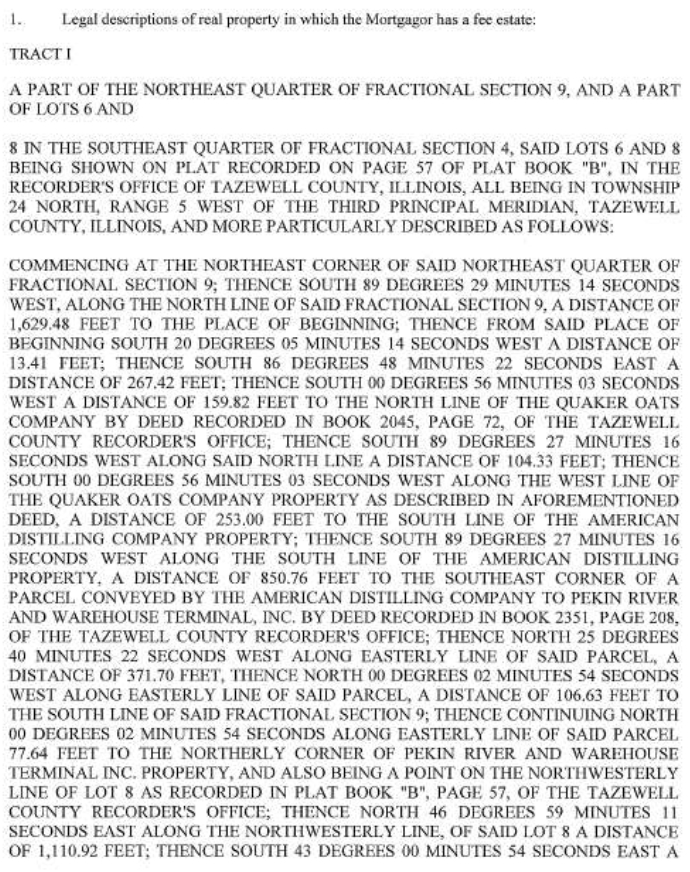 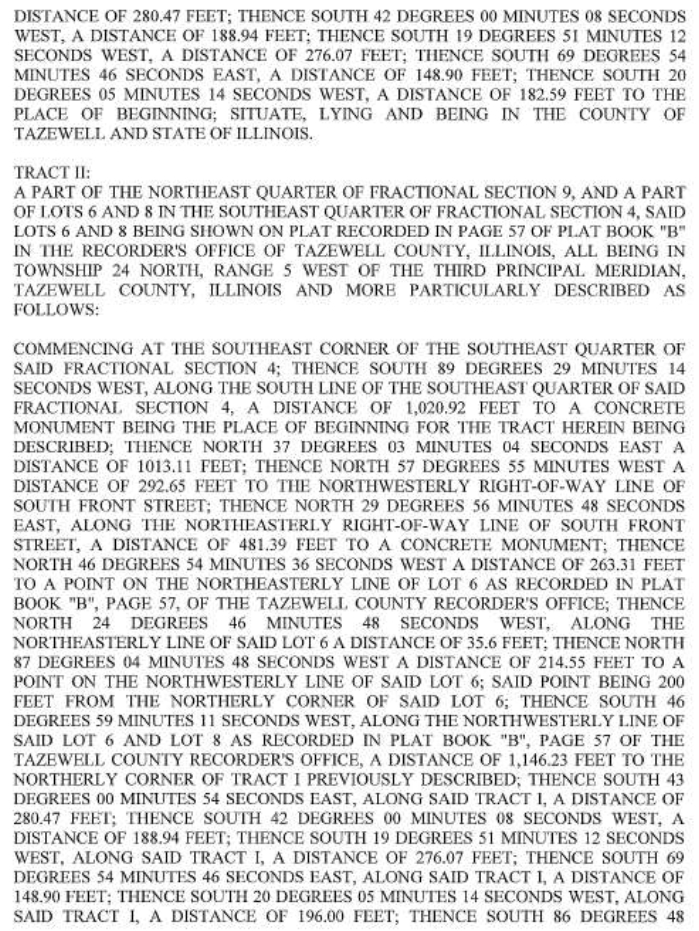 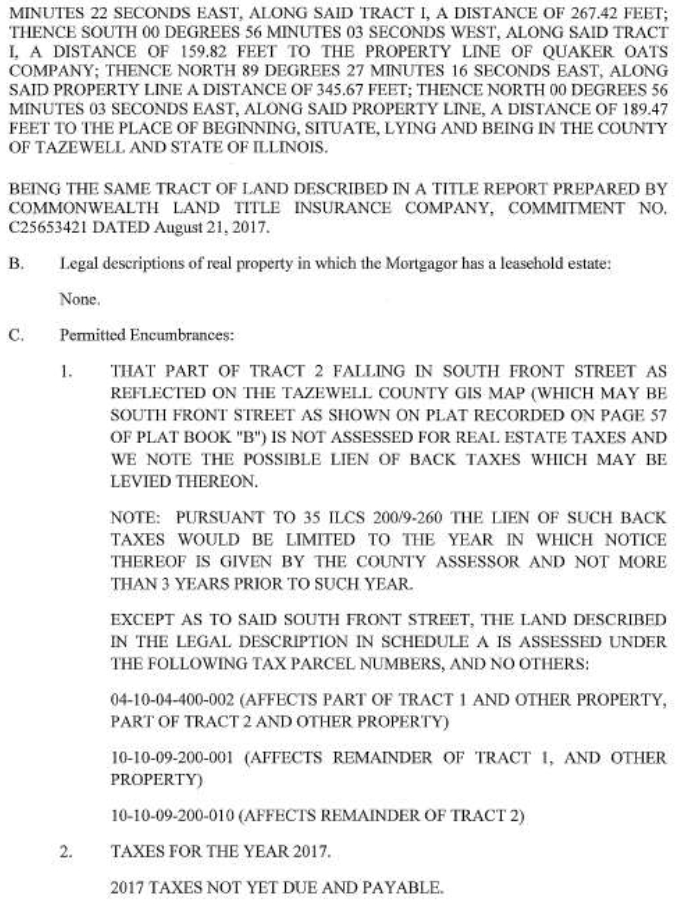 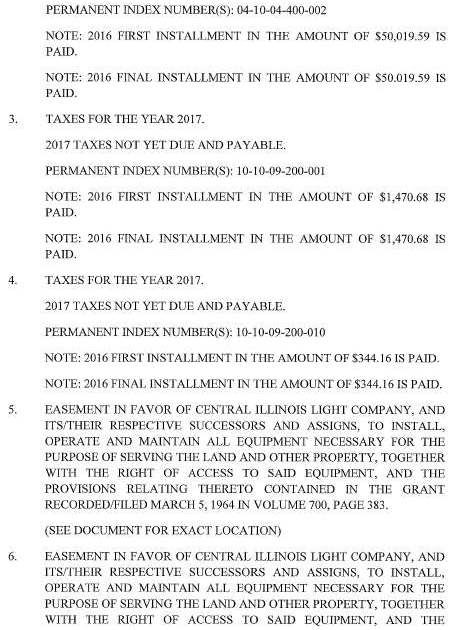 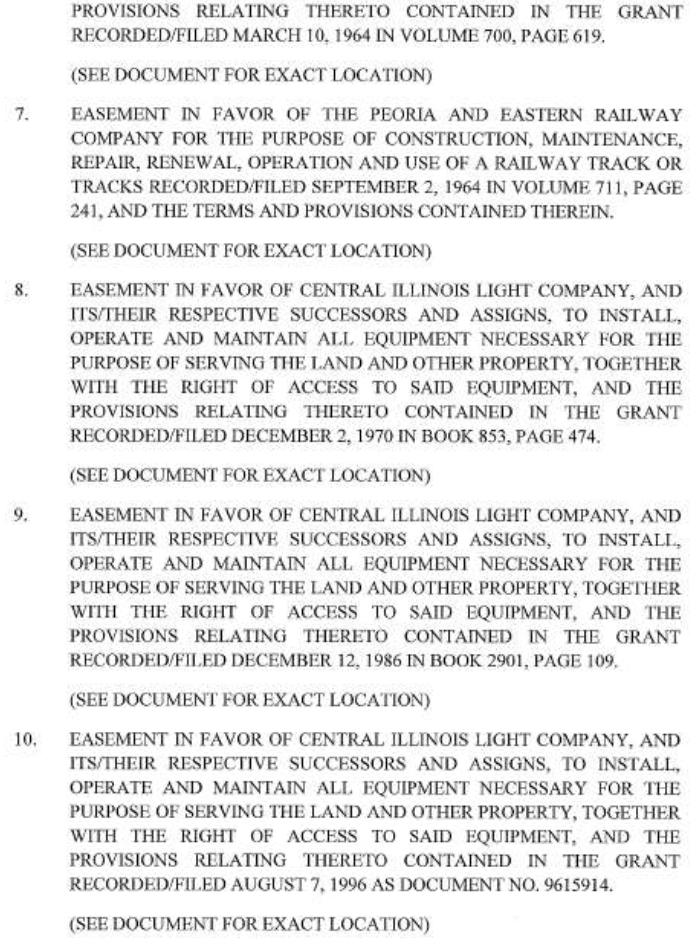 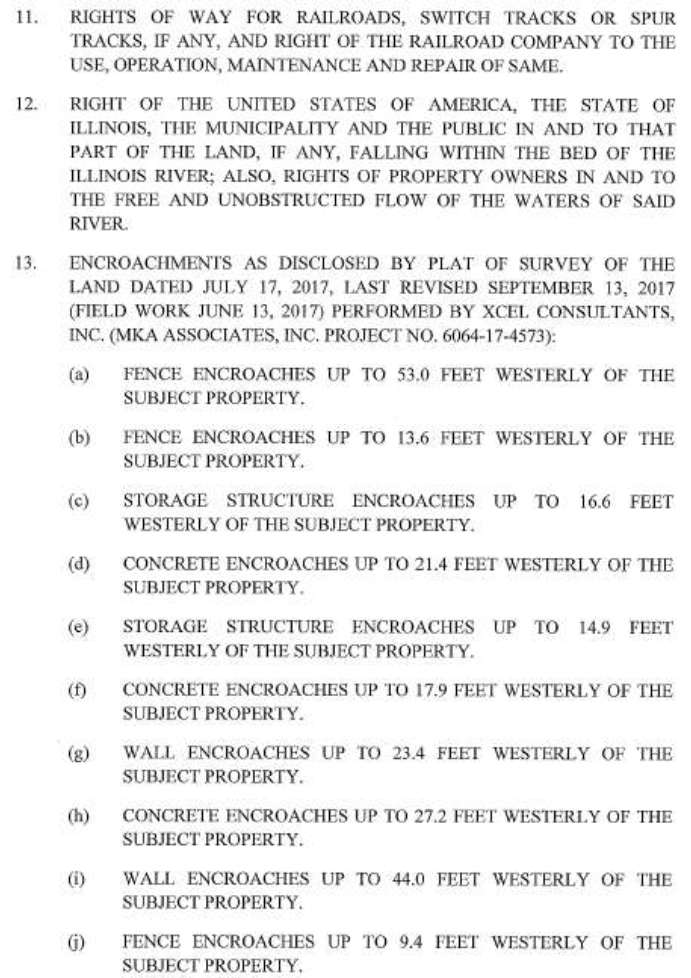 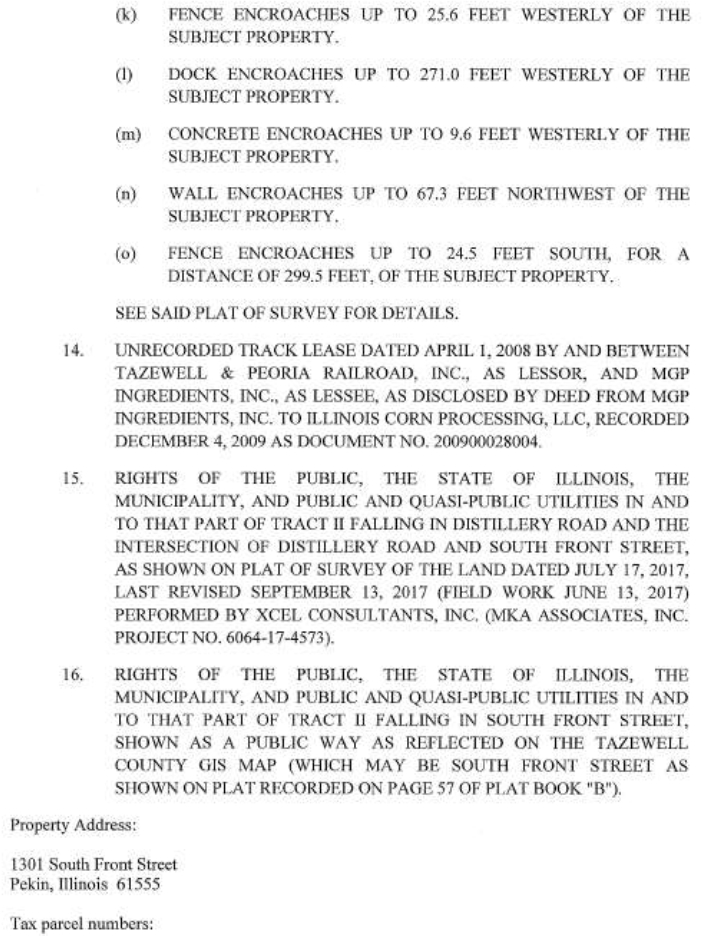 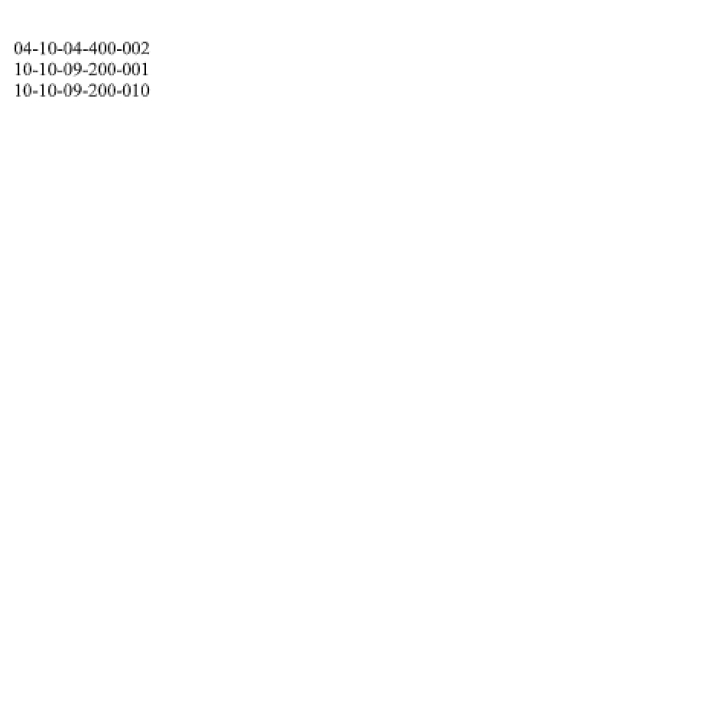