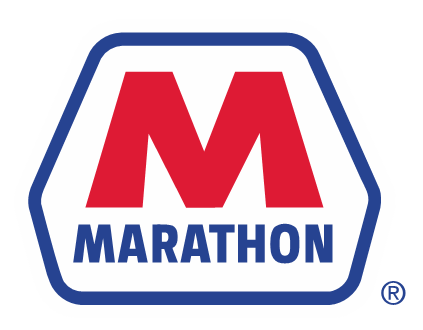 Effective January 1, 2021
Preamble
This document explains the Marathon Petroleum Annual Cash Bonus Program (the “Program”).
The Program operates under the Amended and Restated Marathon Petroleum Corporation 2012 Incentive Compensation Plan (the “Plan”) the terms of which are hereby incorporated into this document by reference. All Awards under the Program are granted pursuant to Section 7 of the Plan. Capitalized terms not specifically defined herein have the meanings specified in the Plan. In the event of any conflict between the Program and the Plan, the terms of the Plan shall control.

Program Objectives
The purpose of the Program is to incentivize and reward Eligible Employees for executing on the strategy of Marathon Petroleum Corporation (“Corporation”).

Award Determination
Each Participant’s final Award is determined based on an assessment of their performance for the Performance Period. No Participant who is a non-Executive employee can be awarded more than 200% of their Target Award Percentage without the Committee’s approval. A Participant who is an Executive (excluding the CEO) may have their final Award adjusted no more or less than 15% for their individual adjustment.

Temporary Assignments
Program eligibility and funding percentages for a Participant who is on a temporary assignment on the final pay period effective date of the Performance Period shall be determined based on their regular assignment.
Page 7 of 14
Exclusions and Adjustments
The Committee shall adjust the actual performance or performance goals (either up or down) and the level of the Award that a Participant may earn under the Program if it determines that the occurrence of external changes or other unanticipated business conditions have materially affected the fairness of the goals and/or have unduly influenced the Company’s ability to meet them, including, without limitation, events such as material acquisitions, asset write-downs, litigation, claims, judgments or settlements, force majeure events, unlawful acts committed against the Company or its property (including terrorism), labor disputes, legal mandates, accruals for reorganization and restructuring programs and changes in the capital structure of the Company, the effect of changes in tax law or other such laws or provisions affecting reported results, accruals of any amounts for payment under the Program or any other compensation arrangement maintained by the Company, or other events not contemplated at the time the goals are set. In addition, Performance Criteria and Awards shall be calculated without regard to any changes in accounting standards or codifications that may be required by the Financial Accounting Standards Board or other standards board or the effect of changes in tax law or other such laws or provisions affecting reported results after such Performance Criteria are established.

Payment of Awards
Following the Performance Period, each Participant's Award for the Performance Period shall be determined in accordance with the terms of the Program and, subject to the Program’s terms, the Participant will be eligible to receive payment of the Award. The payment of the Award shall occur during the first calendar year beginning immediately after the end of the Performance Period.
The Committee shall determine whether payment of the Award will be in Cash, Common Stock, the right to receive Common Stock, Stock Options or other Awards provided for under the Plan;
Page 9 of 14
and whether any such payments will be subject to restrictions on transfer, vesting, forfeiture or deferral requirements; provided, however, that if an Award is subject to Section 409A of the Code, any such action shall only be taken if it complies with Section 409A of the Code. Any equity or equity-based Awards shall be granted under the terms and conditions of the Plan.

No Right to Award
Except as may be provided for under the Change in Control section of the Program, no Participant or other person shall have any claim or right to be granted an Award under the Program. Nothing contained in the Program document shall limit the ability of the Company to make payments or Awards to Participants under any other program, agreement or arrangement; provided, however, that no payment under any other program, agreement, or arrangement will be made because of a failure of a Participant to earn an Award hereunder, and no such payment outside of the Program will be in the nature of or in any way related to make whole payments for what would have been earned or paid hereunder if the performance goals had been met.

No Right to Employment
Neither the establishment of the Program, nor any action taken hereunder, shall be construed as giving any Participant any right to be retained in the employ of the Company or any Subsidiary, or participate hereunder in the current or succeeding Performance Periods.

Non-Transferability
Any rights and benefits of a Participant under the Program are personal to the Participant and, except for any payments that may be made following a Participant's death, shall not be subject to
Page 10 of 14
any voluntary or involuntary alienation, assignment, pledge, transfer, encumbrance, attachment, garnishment or other disposition.

No Constraint on Corporate Actions
Nothing in the Program document shall be construed (a) to limit, impair, or otherwise affect the Company's right or power to make adjustments, reclassifications, reorganizations, or changes of its capital or business structure, or to merge or consolidate, or dissolve, liquidate, sell, or transfer all or any part of its business or assets, or (b) to limit the right or power of the Company or any of its Subsidiaries to take any action which such entity deems to be necessary or appropriate.

Deductions and Taxes
There shall be deducted from all Awards, any taxes or other deductions required to be withheld or collected by national, Federal, state, provincial, or local governments and paid over to such government for the accounts of such Participants.
Subject to compliance with Section 409A of the Code and applicable state withholding laws, the Company may also deduct from any Award, at its sole discretion, any and all amounts determined by Company management to be owed to the Company or any Subsidiary by the Participant.

Recoupment / Clawback
Participants are subject to recoupment of amounts paid in error or in other circumstances required by law.
In addition, officers (as assigned through the Nominating and Governance Committee) are subject to recoupment provisions in the Program, in the case of certain forfeiture events. If the Company is required, pursuant to a determination made by the SEC or the Audit Committee of the Board, to prepare a material accounting restatement due to the noncompliance of the Company with any financial reporting requirement under applicable securities laws as a result of misconduct, the Audit Committee of the Board may determine that a forfeiture event has occurred based on an assessment of whether an officer knowingly engaged in misconduct, was grossly negligent with respect to misconduct, knowingly failed or was grossly negligent in failing to prevent misconduct or engaged in fraud, embezzlement, or other similar misconduct materially detrimental to the Company.
Upon the Audit Committee’s determination that forfeiture event has occurred, the Company has the right to request and receive reimbursement of any portion of an officer’s Award from the Program that would not have been earned or paid had the forfeiture event not have taken place.
These recoupment provisions are in addition to the requirements in Section 304 of the Sarbanes-Oxley Act of 2002 which provide that the CEO and CFO shall reimburse the Company for any
Page 12 of 14
bonus or other incentive-based or equity-based compensation as well as any related profits received in the 12-month period prior to the filing of an accounting restatement due to non-compliance with financial reporting requirements as a result of Company misconduct.
Notwithstanding the foregoing or any other provision of this Program to the contrary, the Company may also require that the Participant repay to the Company any compensation paid to the Participant under this Program, as is required by the provisions of the Dodd-Frank Act and the regulations thereunder or any other “clawback” provisions as required by law or by the applicable listing standards of the exchange on which the Corporation’s common stock is listed for trading.
Other Provisions
In all events, whether any Award is paid to a Participant will depend on the decision of the Committee. All Awards are subject to the sole discretion of the Committee, and nothing in this document (except as may be provided for in the Change in Control provisions) or any other document describing or referring to the Program shall confer any right whatsoever on any person to be considered for any Award.
This Program document does not purport to be complete and is subject to and governed by actions, rules, and regulations of the Committee.
This Program document may be changed or discontinued at any time without notice or liability at the sole discretion of the Committee.
Awards shall be subject to and governed by the specific terms and conditions of the Plan, and any applicable Award.
Nothing contained herein shall require the Company to segregate any monies from its general fund or to create any trusts, or to make any special deposits for amounts payable to any Participant.
The Program is intended to provide compensation which is exempt from or which complies with Section 409A of the Code, and ambiguous provisions of the Program, if any, shall be construed in a manner that would cause Awards to be compliant with or exempt from the application of Section 409A of the Code, as appropriate. If any payment, or portion thereof, must be delayed to comply with Section 409A of the Code because a Participant is a “specified employee” as defined in Section 409A(a)(2)(B)(i) of the Code, the payment, or the portion so delayed, shall be made on the soonest date permissible without triggering the additional tax due under Section 409A of the Code. As used in the Program, “termination of Employment” and similar terms shall mean a “separation from service” within the meaning of Section 409A of the Code to the extent an Award provides for the payment of deferred compensation within the meaning of Section 409A of the Code.
Page 13 of 14
No member of the Committee, or employee of the Company or the Corporation, shall be liable for any act done, or determination made in good faith, with respect to the administration of the Program. The Company indemnifies and holds harmless to the fullest extent allowed by law such persons individually and collectively, from and against any and all losses resulting from liability to which the Committee, or the members of the Committee, or employees of the Company or the Corporation may be subjected by reason of any act or conduct (except willful misconduct, fraud or gross negligence) in their official capacities in the administration of the Program, including all expenses reasonably incurred in their defense, in case the Company fails to provide such defense.
Any provision of the Program prohibited by law shall be ineffective to the extent of such prohibition without invalidating the remaining provisions.
The terms of the Program document supersede any written or verbal agreements, representations, proposals, or plans with respect to the subject matter hereof; provided, however, that the forgoing shall not act to supersede an existing written agreement between a Participant and the Company that has been approved by the Committee.
Page 14 of 14