THUS DONE AND SIGNED at on this 15th day of May 2015 in the presence of the undersigned witnesses.

THUS DONE AND SIGNED on this 15th day of May 2015 in the presence of the undersigned witnesses.

Reference is hereby made to that certain Consulting Agreement (the “Agreement”), dated as of the 15th day of May, 2015, by and among Innovate Services Limited, a Seychelles Company (the “Company”) and Leatt Corporation (“Leatt”) a United States Company. Capitalized terms used but not otherwise defined herein shall have the meanings assigned to such terms in the Agreement.

IN WITNESS WHEREOF, the undersigned have executed this Director’s Certificate as of this 15th day of May, 2015.

This AMENDMENT NO. 1 TO CONSULTING AGREEMENT, effective as of January 1, 2018 (this “First Amendment”), is by and between Leatt Corporation, a Nevada corporation (the “Company”) and Innovate Services Limited (the “Consultant”). Each of the parties hereto are referred to as a “Party” and collectively as the “Parties.” Capitalized terms used, but not otherwise defined, herein have the meanings ascribed to such terms in the Original Agreement (as defined below).

The Parties entered into a Consulting Agreement, dated as of June 23, 2015, pursuant to which the Consultant agreed to provide certain consulting services to the Company as set forth therein (the “Original Agreement”). The Parties now desire to enter into this First Amendment to the Original Agreement as more specifically set forth herein.

NOW, THEREFORE, in consideration of the mutual promises of the Parties, and for good and valuable consideration, the receipt and sufficiency of which are hereby acknowledged, the Parties agree as follows:

1. Amendment to Section 7(Fees and Payment Terms): Section 7 of the Original Agreement is deleted in its entirety and in lieu thereof the following provision is inserted:

2. Agreement. In all other respects, the Original Agreement shall remain in full force and effect.

3. Counterparts. This Amendment may be executed in two or more counterparts, each of which shall be deemed an original but all of which together shall constitute one and the same instrument.

IN WITNESS WHEREOF, the Parties have executed this First Amendment to the Original Agreement as of the date first above written.

Amendment No. 1 to Consulting Agreement 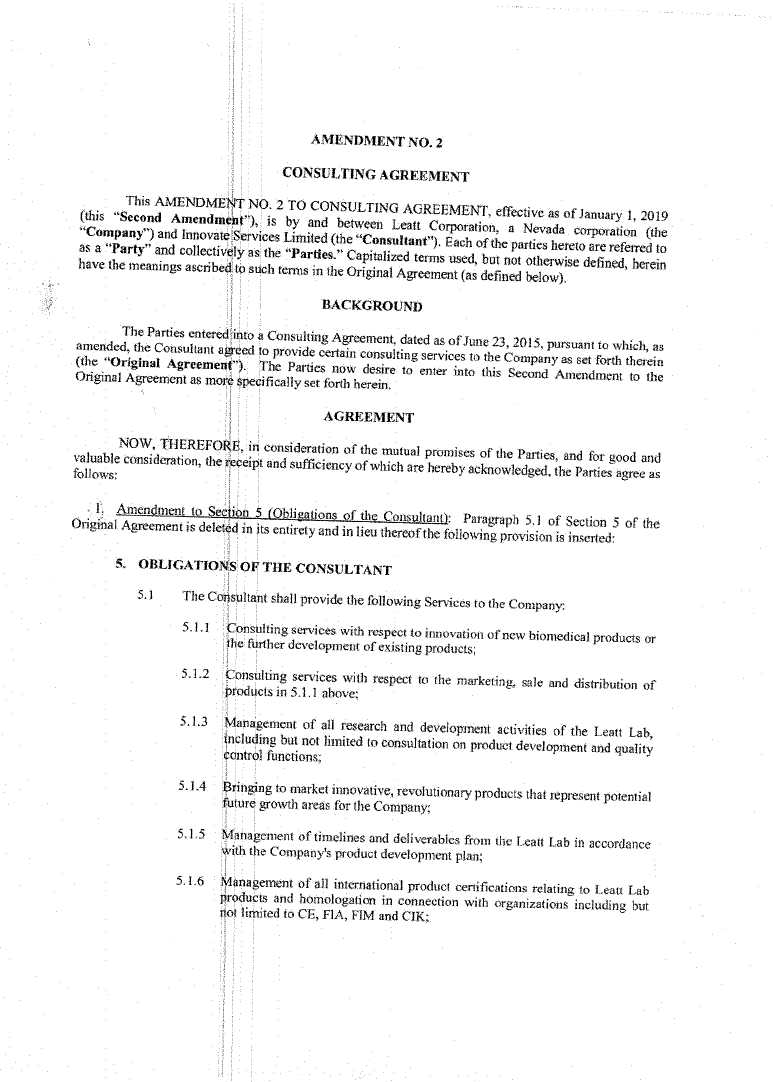 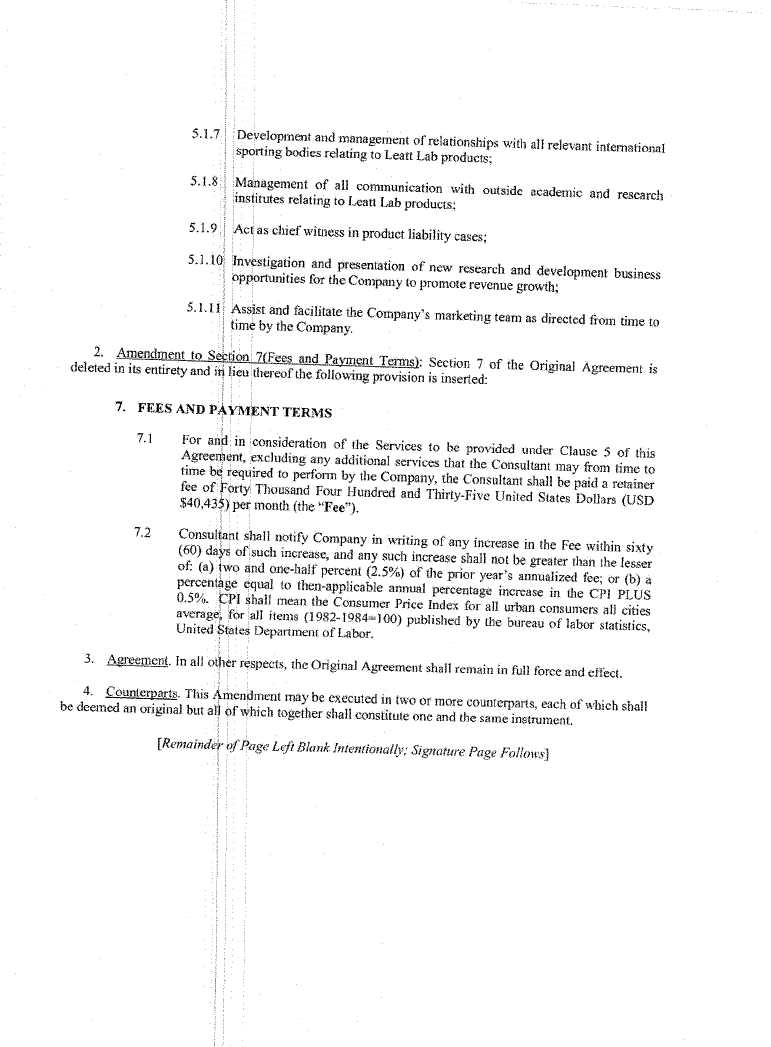 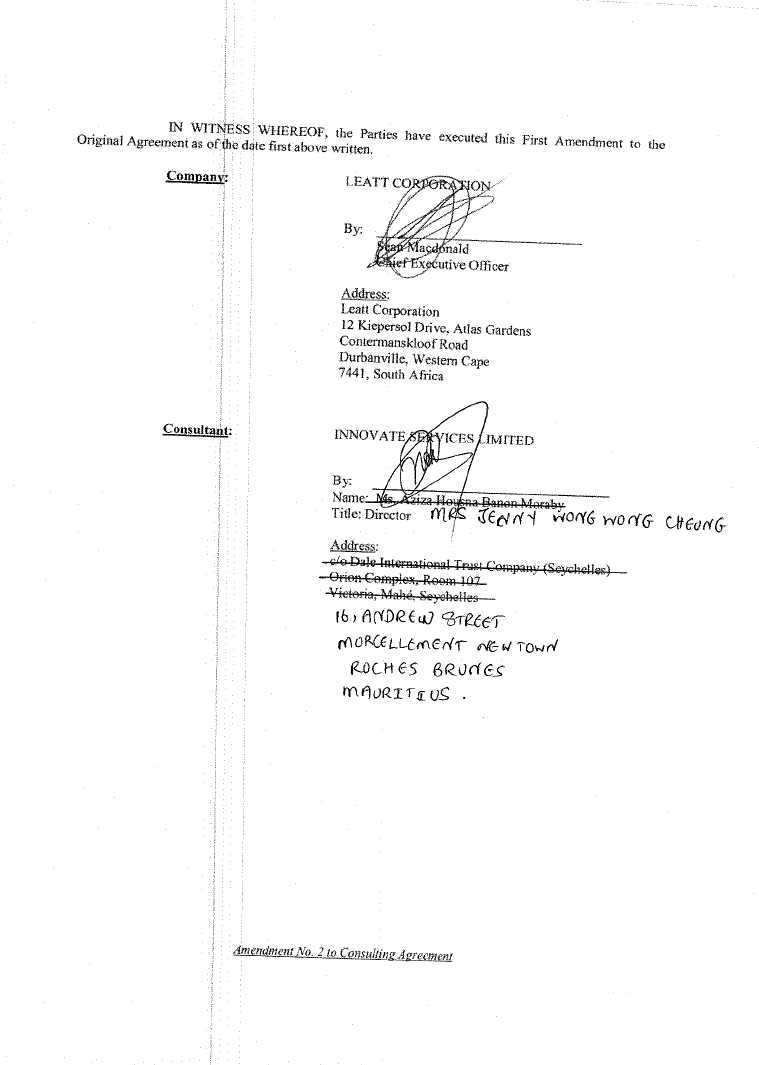