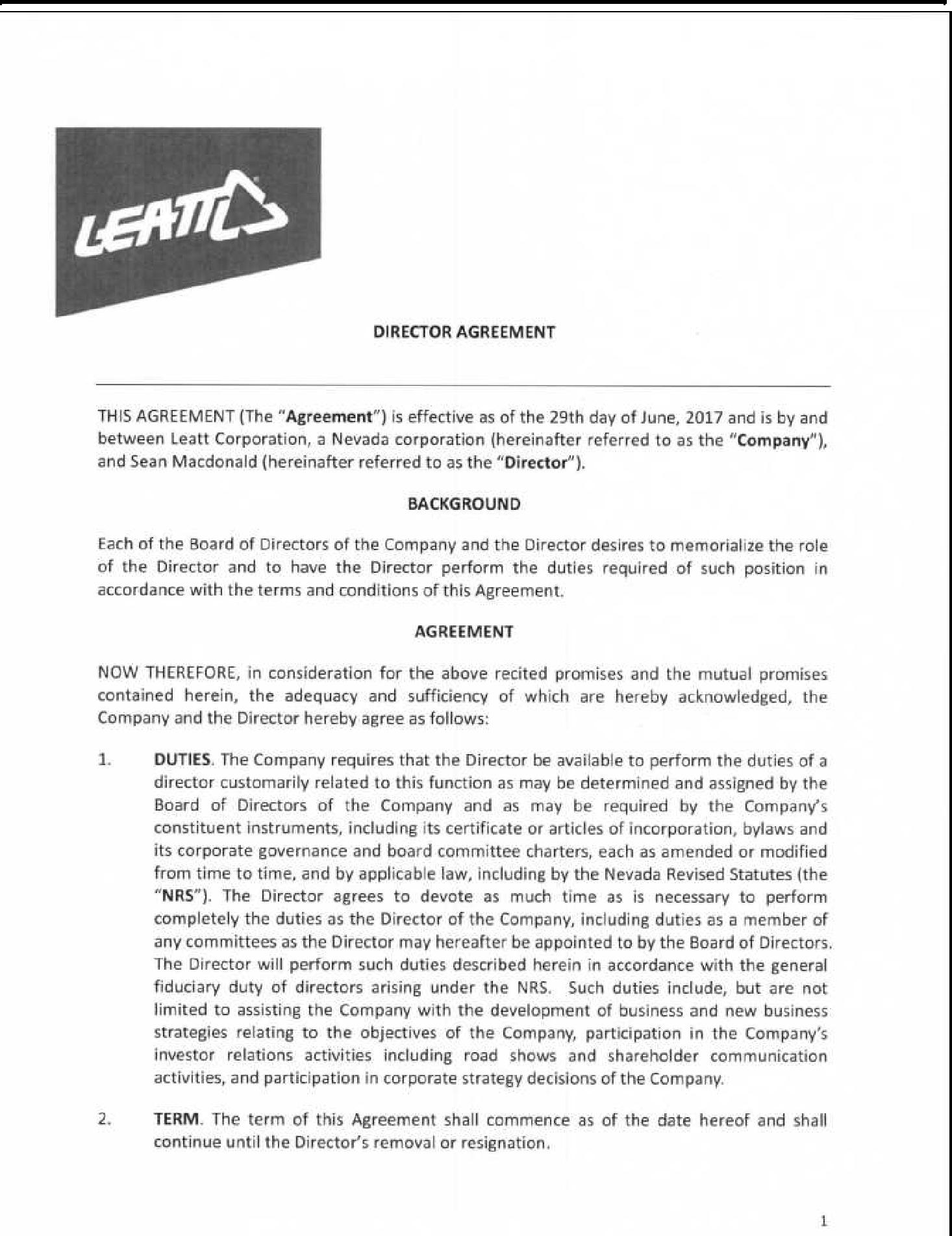 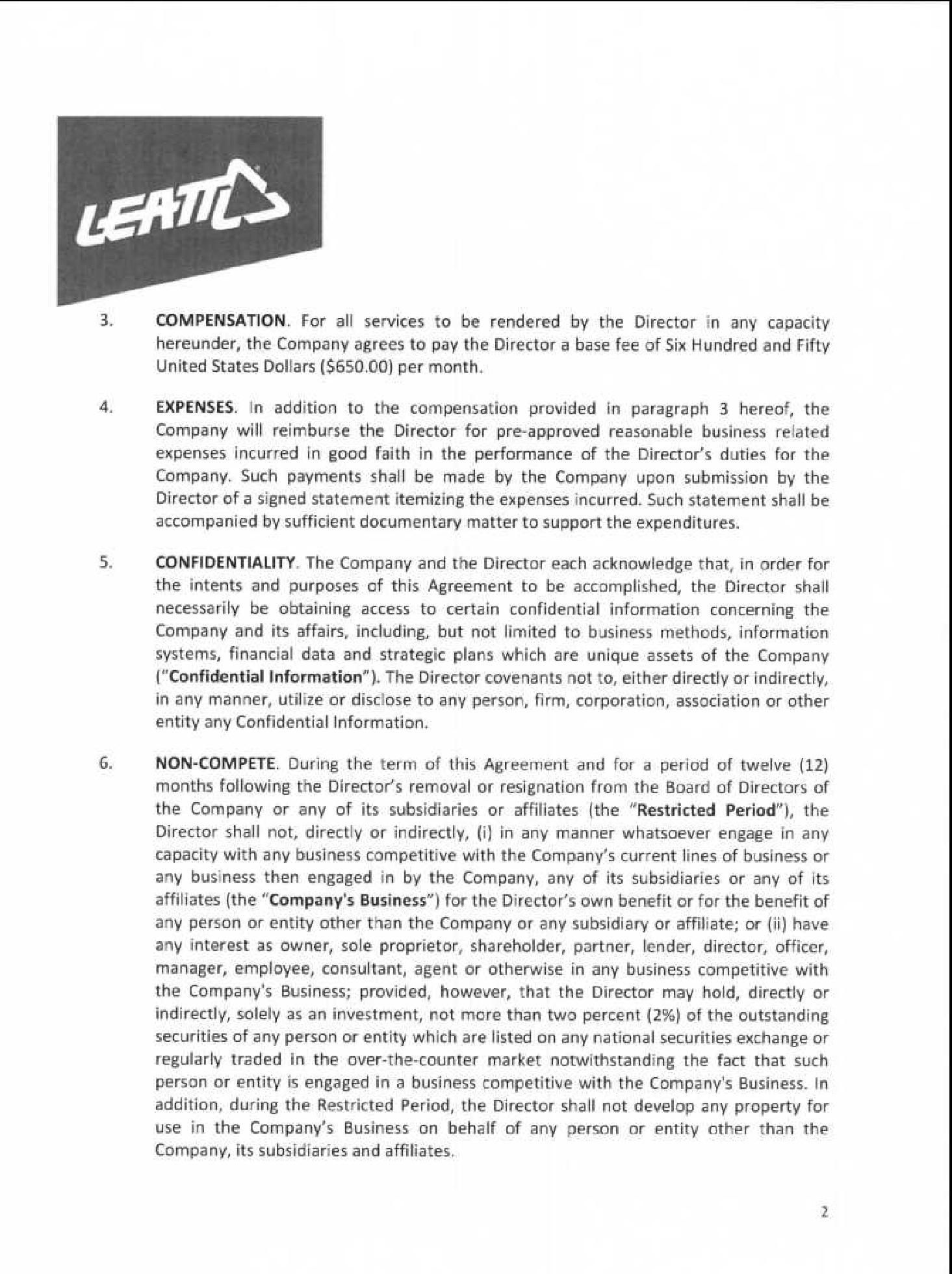 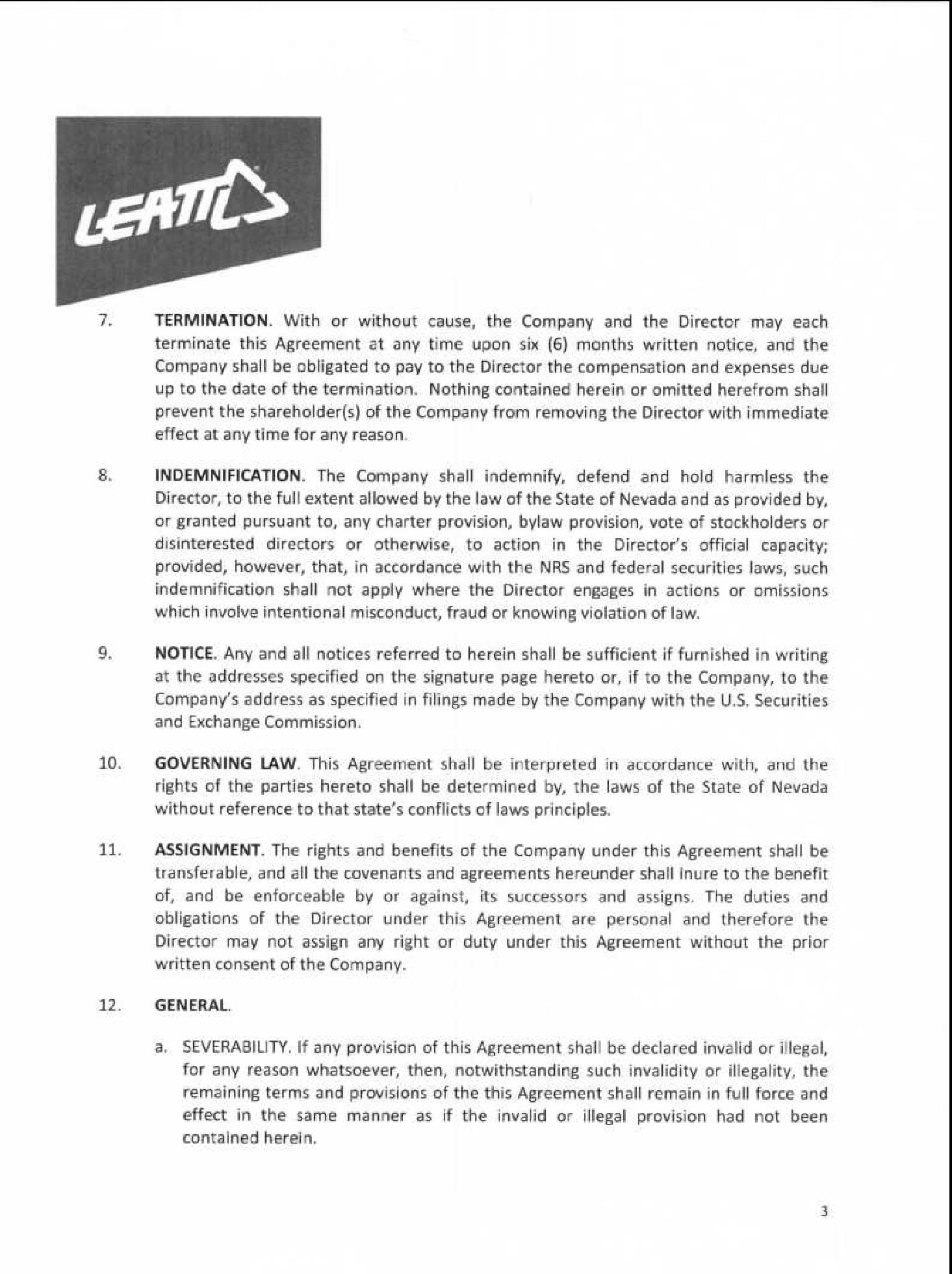 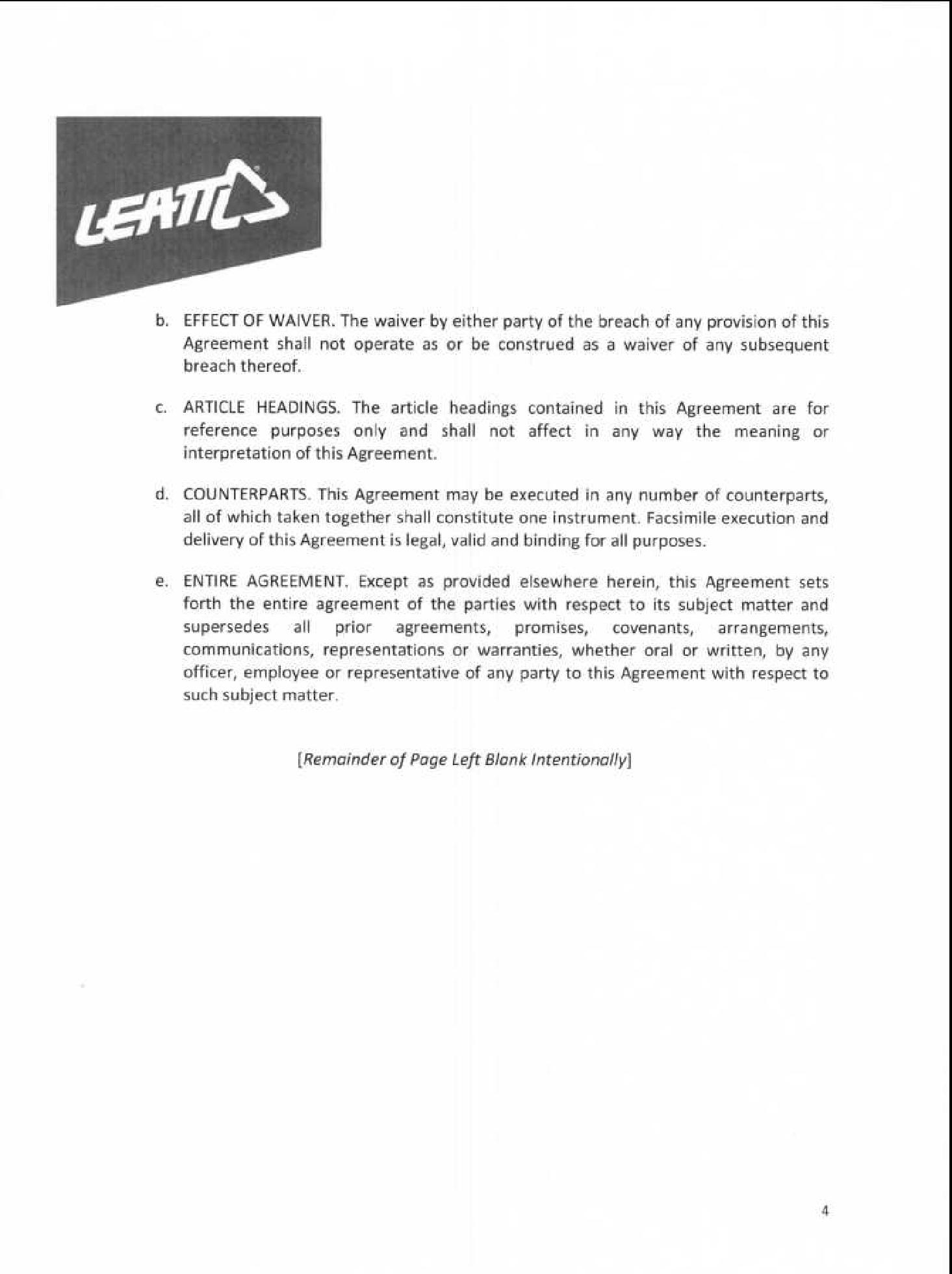 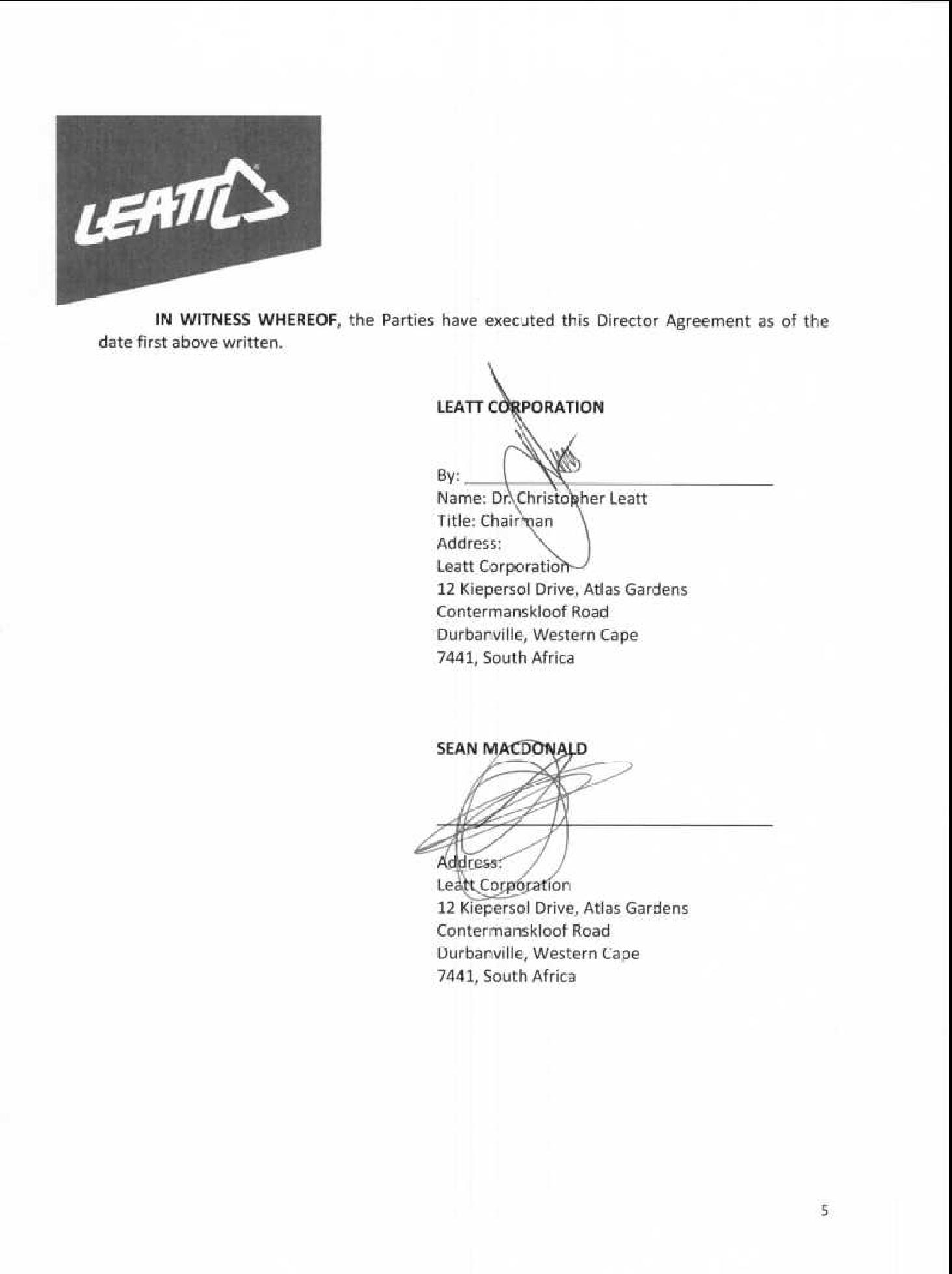 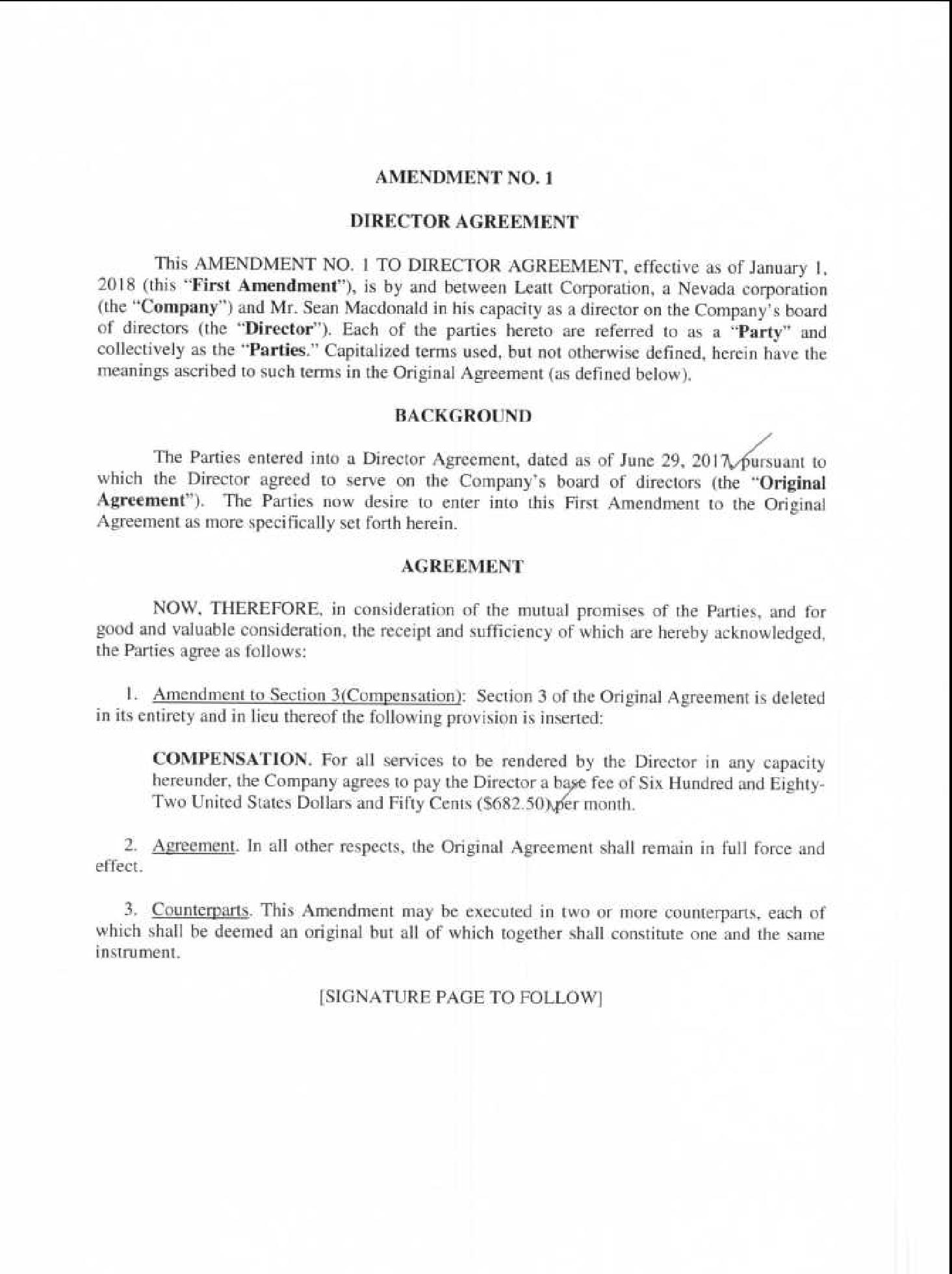 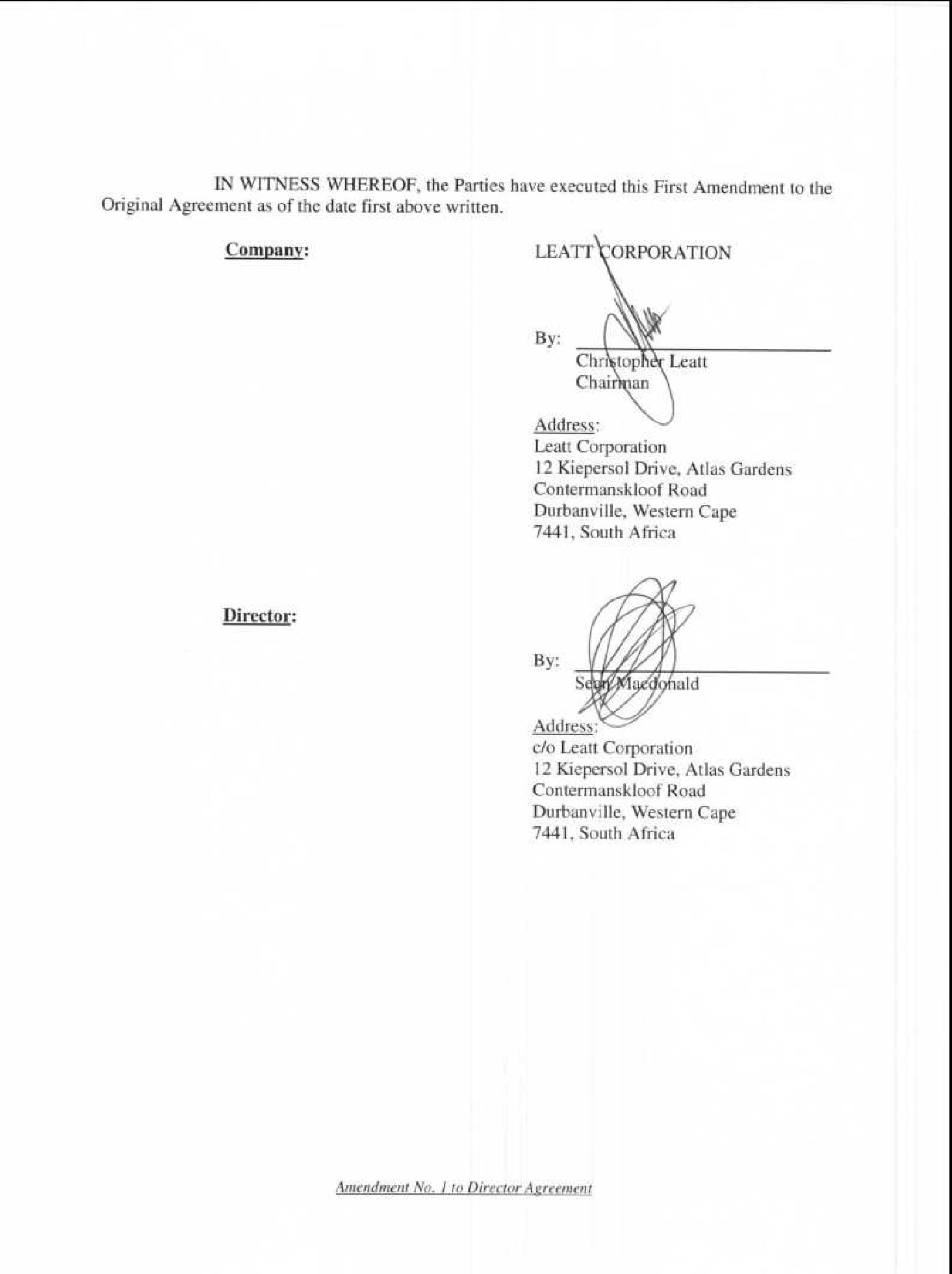 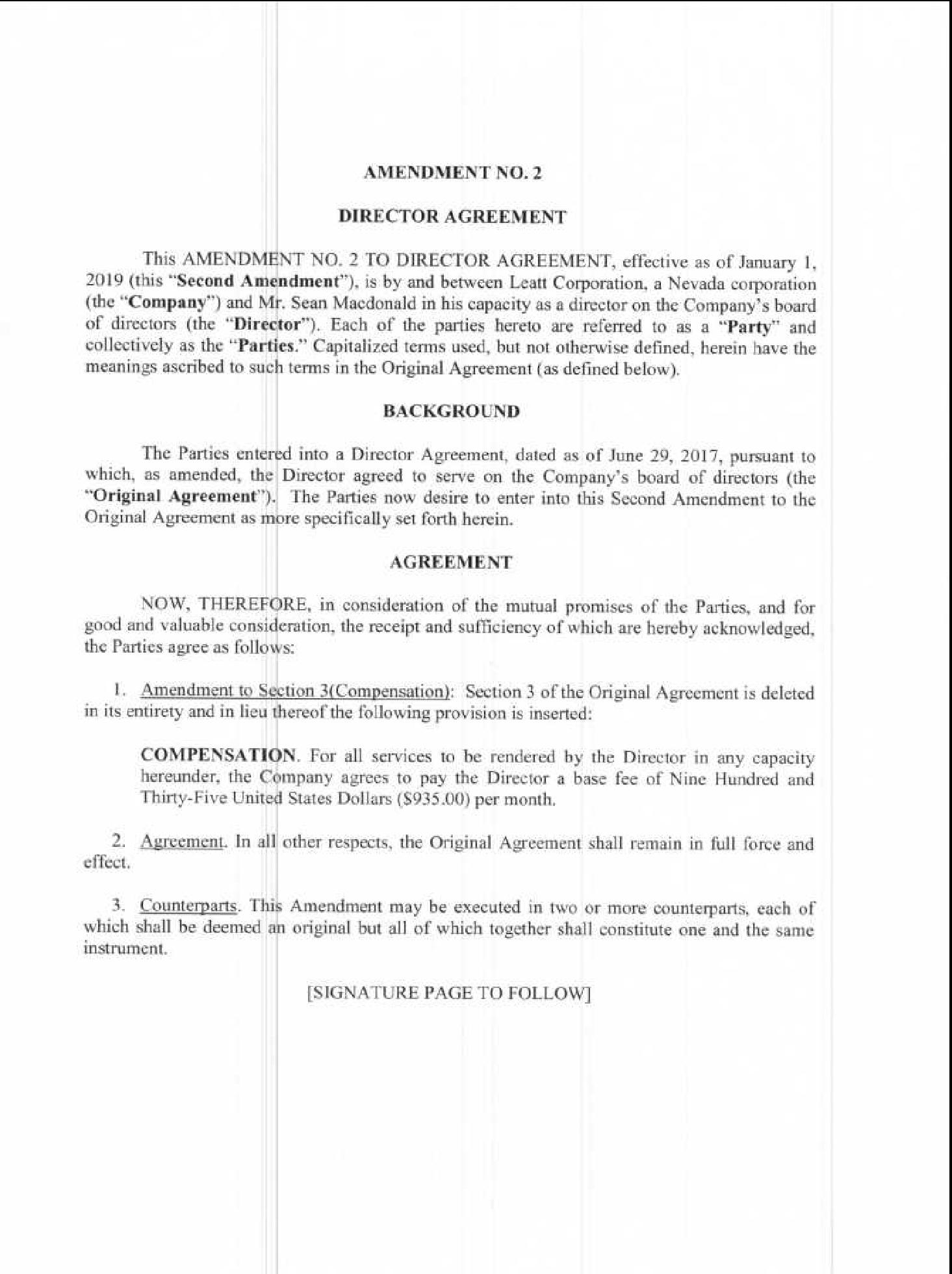 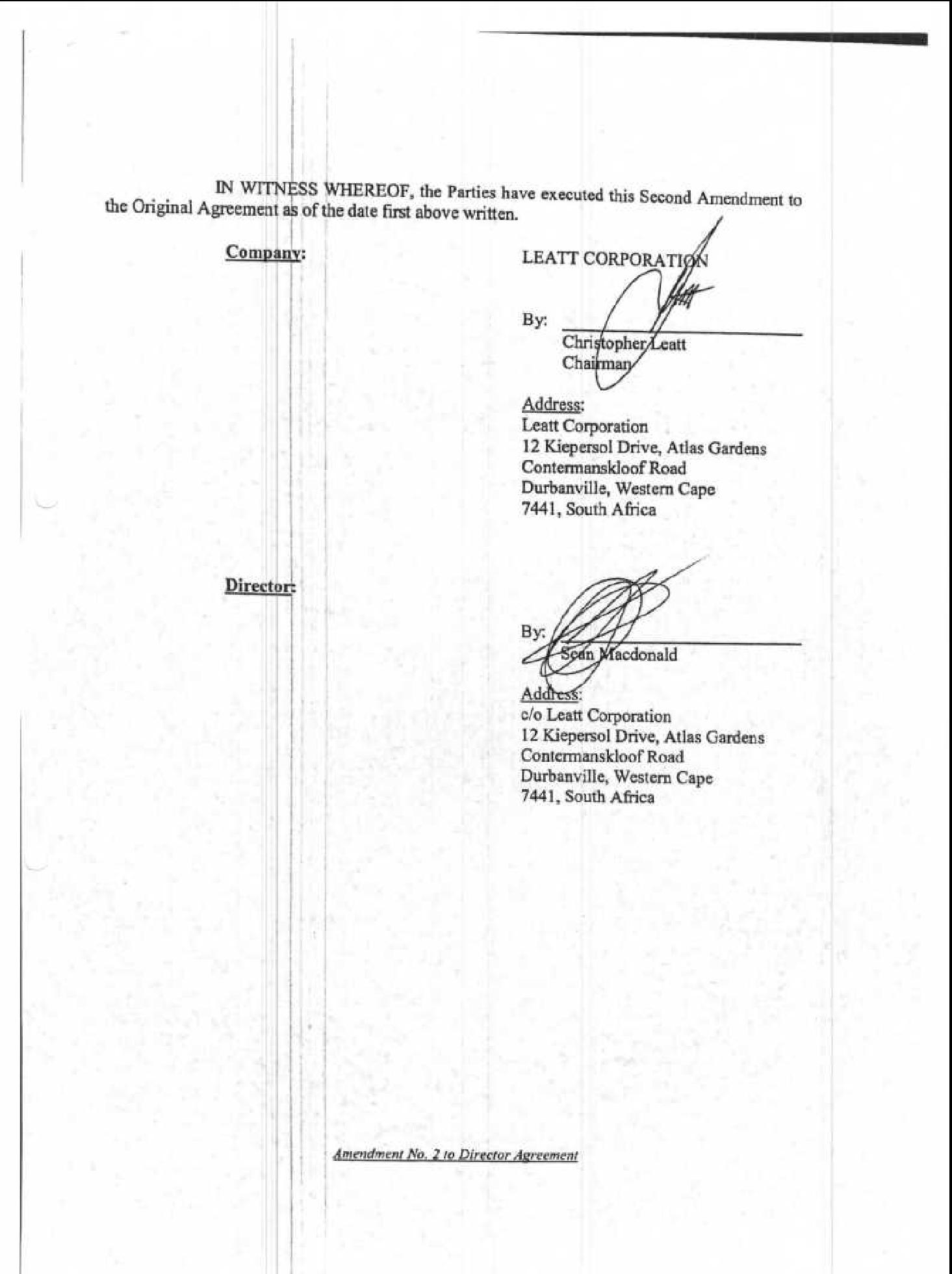 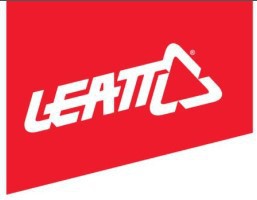 AMENDMENT NO. 3 TO DIRECTOR AGREEMENT

This AMENDMENT NO. 3 TO DIRECTOR AGREEMENT, effective as of January 1, 2021 (this “Third Amendment”), is by and between Leatt Corporation, a Nevada corporation (the “Company”) and Mr. Sean Macdonald in his capacity as a director on the Company’s board of directors (the “Director”). Each of the parties hereto are referred to as a “Party” and collectively as the “Parties.” Capitalized terms used, but not otherwise defined, herein have the meanings ascribed to such terms in the Original Agreement (as defined below).

The Parties entered into a Director Agreement, dated as of June 29, 2017, pursuant to which, as amended, the Director agreed to serve on the Company’s board of directors (the “Original Agreement”). The Parties now desire to enter into this Third Amendment to the Original Agreement as more specifically set forth herein.

NOW, THEREFORE, in consideration of the mutual promises of the Parties, and for good and valuable consideration, the receipt and sufficiency of which are hereby acknowledged, the Parties agree as follows:

1. Amendment to Section 3(Compensation): Section 3 of the Original Agreement is deleted in its entirety and in lieu thereof the following provision is inserted:

COMPENSATION. For all services to be rendered by the Director in any capacity hereunder, the Company agrees to pay the Director a base fee of Nine Hundred and Eighty-Five United States Dollars ($985.00) per month.

2. Agreement. In all other respects, the Original Agreement shall remain in full force and effect.

3. Counterparts. This Amendment may be executed in two or more counterparts, each of which shall be deemed an original but all of which together shall constitute one and the same instrument.

IN WITNESS WHEREOF, the Parties have executed this Third Amendment to the Original Agreement as of the date first above written.