Addendum to Petroleum Agreement between The Government of the Republic of Namibia and Shell Namibia Upstream B.V. and National Petroleum Corporation of Namibia dated June 17, 2011

EX-10.2 3 namibiapscamendment1.htm EXHIBIT 10.2 Exhibit
Exhibit 10.43
ADDENDUM TO PETROLEUM AGREEMENT
entered into between
THE GOVERNMENT OF THE REPUBLIC OF NAMIBIA
(the “Government”)
and
SHELL NAMIBIA UPSTREAM B.V.
(“Shell”)
and
NATIONAL PETROLEUM CORPORATION OF NAMIBIA
(“Namcor”)
RECORDAL
Whereas the Government, Signet Petroleum Limited (“Signet”), Cricket Investments (Proprietary) Limited (“Cricket”) and Namcor had, on 17th June 2011, entered into a petroleum agreement (the “Agreement”) in respect of petroleum exploration licence PEL 0039, pertaining to Offshore Blocks 2913A and 29148 – Orange Basin;
Whereas Shell Namibia Upstream B.V. (previously known as Shell Exploration and Production (LXVIII) B.V.) (hereinafter referred to as “Shell”) on 19 December 2013 took transfer of and assumed all the interests, rights and obligations of Signet and Cricket in petroleum exploration licence PEL 0039 and the Agreement;
Whereas the Government on 19th December 2013 has confirmed that Shell has validly satisfied its obligations in accordance with Clause 30 of the Agreement;
Whereas the Government re-issued PEL0039 on the 7th February 2014 to reflect Shell and Namcor respectively as 90% (ninety percent) and 10% (ten percent) holders of the interests in PEL0039 and the Agreement.
Whereas the current parties wish to amend the Agreement to ensure the consistency and correctness of the Agreement with the factual position as regards the parties and other matters.
Now therefore, the Government, Shell and Namcor agree as follows:
1

3
“Joint Operating Agreement and Carry Obligations
“The Parties agree that the commercial terms and conditions of this Agreement are based on the existing legislation, including, but not limited to, those related to the fiscal terms in accordance with the provisions of the Taxation Act and the fiscal terms as contained in clauses 13 and 14 of this Agreement as of the Effective Date. If such
4
legislation, regulation, proclamation, including those providing for the fiscal terms are changed, and such change or adjudication in view of the Companies has a materially adverse effect on the economic benefits accruing to the Companies hereunder, the parties agree to review the terms and conditions of this Agreement and as soon as practicable amend the Agreement or take such other action as is appropriate or necessary so as to restore the overall economic benefit to the Companies.”
“Carel van Bylandtlaan 30, The Hague 2596 HR Netherlands”.
“Carel van Bylandtlaan 30, The Hague 2596 HR Netherlands”. 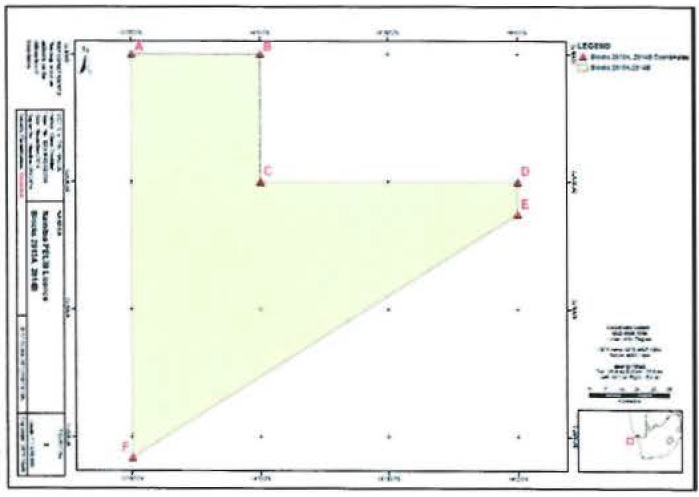