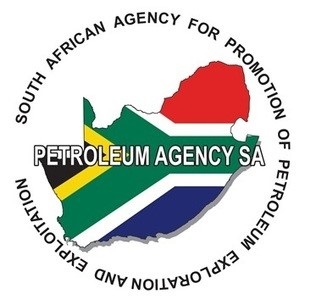 EXPLORATION RIGHT
Granted in terms of Section 80 of the Mineral and Petroleum Resources Development Act, 2002
(Act No. 28 of 2002)

Page 3 of 347
Ref No: 12/3/274
PROTOCOL NO: 2537/2019
EXPLORATION RIGHT
GRANTED IN TERMS OF SECTION 80 OF THE MINERAL AND PETROLEUM RESOURCES DEVELOPMENT ACT, NO. 28 OF 2002 READ TOGETHER WITH REGULATION 29 PUBLISHED IN THE GOVERNMENT GAZETTE NO. 26275 ON 23 APRIL 2004, PROMULGATED IN TERMS OF SECTION 107 OF THE ACT
PREAMBLE:
LET IT HEREBY BE KNOWN:
That on this 10th day of January in the year 2019 before me,
HENDRIK MALHERBE OOSTHUIZEN
a Notary Public, duly sworn and admitted, practicing and residing at Cape Town, in the Western Cape Province, Republic of South Africa, and in the presence of the subscribing competent witnesses personally came and appeared:
1.    VILJOEN STORM
In his capacity as the Acting Chief Executive Officer of
SOUTH AFRICAN AGENCY FOR PROMOTION OF PETROLEUM EXPLORATION AND
EXPLOITATION (SOC) LTD,
Registration No.1999/015715/30
he being duly authorized hereto by a Power of Attorney granted to him at Pretoria on 24 November 2015 by the Director General of the Department of Mineral Resources, which Power of Attorney has this day been exhibited to me, the Notary, and remains filed of record in my protocol with the minute thereto, and herein representing:
THE MINISTER OF MINERAL RESOURCES
Page 4 of 447
Ref No: 12/3/274
(hereinafter together with his successors in title referred to as ‘the Minister’), being duly authorised by virtue of the provisions of Section 3(2)(a) and Section 103 of the Mineral and Petroleum Resources Development Act, 2002 (Act No. 28 of 2002) and as such in his capacity representing:
THE REPUBLIC OF SOUTH AFRICA
(hereinafter referred to as “the Grantor”) of the one part, and
2.    OK ENERGY LIMITED
Registration Number ###-###-####
A company incorporated under the laws of England and Wales
herein represented by Paul Barrett he being duly authorized thereto under and by virtue of a Resolution signed on the 7th January 2019, a certified copy of the extract of the Minutes of the Meeting has this day been exhibited to me, the Notary, and now remains filed of record in my Protocol.
(hereinafter together with its successors in title and assigns referred to as “the Holder”),
all jointly hereinafter referred to as “the Parties”.
AND THE APPEARERS DECLARED THAT
NOW, THEREFORE, THE GRANTOR HEREBY GRANTS TO THE HOLDER, AND THE HOLDER HEREBY ACCEPTS, THIS EXPLORATION RIGHT SUBJECT TO THE FOLLOWING TERMS AND CONDITIONS:
Page 5 of 547
Ref No: 12/3/274
or created by the Holder in the course of Exploration Operations, including drilling, appraisal, production, completion, and abandonment reports; tests (including reservoir analysis); well logs; maps; production rates, records and statistics; and geological and geophysical information and interpretations; but excluding, for the avoidance of doubt, any Existing Data;
Page 6 of 647
Ref No: 12/3/274

Page 7 of 747
Ref No: 12/3/274
procedures that are applied by reasonable and prudent companies and operators in the international petroleum industry under conditions and circumstances similar to those experienced in the Exploration Area;
Page 8 of 847
Ref No: 12/3/274

Page 32 of 3247
Ref No: 12/3/274
Republic of South Africa, the Grantor may by notice in writing require the holders of such rights to prepare a proposal for the production of that petroleum-bearing area as a unit. Such proposal shall be submitted to the Grantor within the period specified in the said notice which shall not be less than 180 (one hundred and eighty) days.
Page 33 of 3347
Ref No: 12/3/274
Plan and proposed production programme submitted in support of the application for the Production Right shall be deemed to be preliminary
Any failure by either the Grantor or the Holder to exercise any of the rights that they have whether in terms of this Exploration Right, the Act or the Regulations, or any lenience granted by them In terms thereof shall not constitute a waiver of such rights or a variation to the terms and conditions of this Exploration Right.
Page 34 of 3447
Ref No: 12/3/274
(each, a “Dispute”), then either Party shall be entitled to deliver to the other a written notice recording the existence and, in brief, the nature of the Dispute (“the Dispute Notice”). The Dispute shall be deemed to have arisen on the date when a Dispute Notice is delivered to either Party. The Parties shall make every reasonable effort to resolve the Dispute on its merits by negotiation in good faith and shall, for that purpose, attend at least one meeting with each other. Such negotiations shall take place within 21 (twenty one) days of the Dispute arising, unless the Parties otherwise agree in writing, and shall endure for no longer than 7 (seven) days from the date of commencement thereof or such extended period as the Parties may agree in writing.
Page 35 of 3547
Ref No: 12/3/274

Page 36 of 3647
Ref No: 12/3/274
provided for by the terms of that Act, shall be added to all applicable amounts due and payable by the Holder.
Subject to the Act, the Regulations, Applicable Laws, this Exploration Right and the Annexures attached hereto (those Annexures being and forming an integral part of this Exploration Right) contain the entire and sole agreement between the parties and supersede all prior negotiations, representations, understandings, agreements and communications of whatsoever nature between the Parties with respect to such Exploration Area, whether oral or written, express or implied.
Any provision within this Exploration Right which is not enforceable or which contravenes the Applicable Laws of the Republic of South Africa shall be severed from this Exploration Right and be of no force or effect without prejudice to the other provisions of this Exploration Right which shall remain in force and effect
If to the Grantor:
Minister of Mineral Resources
And copy to the Agency:
South African Agency for the Promotion of Petroleum Exploration and Exploitation (Proprietary) Limited
Attention: Chief Executive Officer
Page 37 of 3747
Ref No: 12/3/274

If to the Holder:
It is recorded that in terms of Section 82 of the Act, the Holder must lodge this Exploration Right for registration at the Mineral and Petroleum Titles Registration Office within 60 (sixty) days from the notarial execution and, in the event of each renewal of this Exploration Right, within 60 (sixty) days of such renewal.
Page 38 of 3847
Ref No: 12/3/274

Thus done and signed at Bellville on 10th JANUARY 2019 in the presence of the undersigned witnesses:
AS WITNESS:


Sketch Plan for the Exploration Area


Schedule of contributions to the Upstream Training Trust

Existing Data made available to the Holder
Page 47 of 4747