Amended and Restated Employment Agreement and Non-Competition Agreement by and between Kilroy Realty Corporation, Kilroy Realty, L.P. and Heidi R. Roth effective as of January 28, 2016 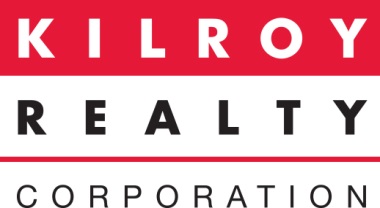 January 28, 2016
Heidi R. Roth
12200 West Olympic Boulevard, Suite 200
Los Angeles, CA 90064
Dear Heidi,
This letter sets forth the terms of our agreement relative to your continued employment with Kilroy Realty Corporation, a Maryland corporation (the “Company”), and Kilroy Realty, L.P., a Delaware limited partnership (the “Operating Partnership”). This letter shall be effective as of the date hereof (the “Effective Date”) and, as of the Effective Date, supersedes and replaces in its entirety that certain letter agreement, originally dated as of July 24, 2007 and as amended in December 2008, between you, the Company and the Operating Partnership (the “Prior Employment Agreement”), and all other prior employment agreements with the Company and/or the Operating Partnership.


2
3
4
5
6
7
8
IN WITNESS WHEREOF, you and the Company have executed this Agreement as of the Effective Date.


4
EXHIBIT A-1
ACKNOWLEDGMENT AND WAIVER

7
IN WITNESS WHEREOF, Executive and the Company have executed this Agreement as of the date and year first above written.