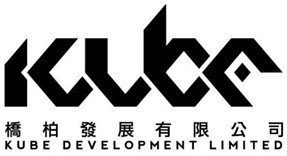 Intent: Based on the taste preference of Party A, Party B has customized a Coffee Blend formula, defined as 613 (henceforth denoted as “613”). This agreement maintains without prejudice to the interests of either signing parties’.

1. Party A is willing and accepting the adoption of 613 prepared by Party B and acknowledging that Party B is the designer of 613 and the only person who owns this intellectual property. It agrees to fulfill and guarantee the following terms:

b. In the event that Party A fails to meet the above commitments (a), Party B shall

withdraw the right to use 613 as violation of the commitments of Party A.

c. Since Party B agrees to render reseller and user rights of 613 to Party A, with the understanding that Party A guarantees to only use 613 for the manufacture of coffee products for sale to Party A’s clients, including coffee beans and coffee powder packaging, but will never disclose to any Third Party the composition and content of 613.

2. During the cooperation period, Party B will guarantee and promise not to disclose, share

3. Both parties are required to sign a written consent 60 days prior to the termination date of

4. This cooperation agreement is governed by and based on the laws of the Hong Kong

5. If any party breaches the contract and the other party has a loss, it will be compensated

according to the common law.