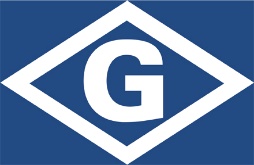 The purpose of this letter is to confirm our understanding regarding that agreement between you and Genco Shipping & Trading Limited (“Genco” or the "Company") dated September 21, 2007, as amended from time to time prior to the date hereof (the "Agreement").  When fully executed, this letter shall constitute an amendment to the Agreement.  It is hereby agreed as follows:

1.         Section 6(c) of the Agreement shall be deleted in its entirety and replaced with the following:

2.         Section 7(a) of the Agreement shall be deleted in its entirety and replaced with the following:

“(a)      Notwithstanding anything in this Agreement to the contrary, if (i) a Change in Control occurs after the date hereof; and (ii) upon such Change in Control or within 2 years thereafter you terminate your employment for Good Reason as defined above or the Company terminates your employment without Cause, you shall be entitled to all the payments, benefits and entitlements as of the Termination Date as set forth in Section 6(c) provided that the multiple in Section 6(c)(ii) and (iii)  shall be triple (not double) and the time period in Section

6(c) shall be 36 months, not 24 months, in each case subject to the execution and non-revocation of the Release in accordance with the two penultimate sentences of Section 6(c) (and the Company will countersign the Release and provide you with a copy of the countersigned Release in accordance with the last sentence of Section 6(c)).  If, following a Change in Control, the Company alters your job such that you would have "Good Reason" to resign under subclause (i) of the "Good Reason" definition above, and provided that you continue to have primarily senior management- and/or executive transition-type duties and responsibilities for the duration of such altered job, then you agree that you may not resign for Good Reason under subclause (i) as a result of such altered job during the six (6)-month period immediately following the Change in Control (the "Transition Period").  Instead, in such event, upon the conclusion of the Transition Period, unless you and the Company agree otherwise in writing, your employment will automatically terminate (and will be deemed terminated by the Company without Cause or by you with Good Reason) and you will become entitled to severance in accordance with this Section 7(a) (and, in such event, (I) for purposes of determining the average of your three “prior years’ Annual Incentive Award” under clause (iii) of Section 6(c) above, the three prior years used will be the three (3) calendar years immediately preceding the year in which the Change in Control occurs, and (II) for purposes of determining your Pro-rata Bonus under clause (iv) of Section 6(c) above, “the year in which the Termination Date occurs” will be deemed to be “the year in which the Change in Control occurs”).  During the Transition Period, you will be entitled to continue to receive your Base Salary and participate in the Company's employee benefit plans and you will receive a Pro-rata Bonus for the Transition Period (in addition to the Pro-rata Bonus under clause (iv) of Section 6(c) above, other than as would result in duplication of payment of the Pro-rata Bonus for the same period of employment or service).  Nothing in this paragraph is intended to limit the Company's right to terminate your employment with or without Cause or your right to resign with or without Good Reason following a Change in Control (other than that you may not resign pursuant to subclause (i) of the Good Reason definition, provided that the condition set forth in the initial sentence of this paragraph is satisfied).  In addition, you agree to consider any offer of employment made to you by the Company following a Change in Control whereby you would no longer be the Chief Executive Officer of the Company or its ultimate parent (provided that such ultimate parent company is an operating or holding company and not a financial or institutional investor) following the Change in Control, but you will be under no obligation to accept any such offer and your rejection of any such offer will in no way impact your eligibility to receive severance under this Agreement.

For purposes of this Agreement, the term "Change in Control" shall mean the occurrence of any of the following:

(i) any individual, entity or group (within the meaning of Section 13(d)(3) or 14(d)(2) of the Securities and Exchange Act of 1934 (a “Person”) (other than  (A) Apollo Global Management LLC, Centerbridge Partners L.P., and Strategic Value Partners, LLC; their respective Affiliates; and their respective funds, managed accounts, and related entities managed by any of them or their respective Affiliates, or wholly-owned subsidiaries of the foregoing, but not including, however, any of their operating portfolio companies; and any group of the foregoing; where “Affiliate” shall mean, with respect to any Person, any other Person directly or indirectly controlling, controlled by, or under direct or indirect common control with, such Person, and a Person shall be deemed to control another Person if such Person possesses, directly or indirectly, the power to direct or cause the direction of the management and policies of such other Person,

(ii) the sale of all or substantially all of Genco's assets in one or more related transactions within a 12-month period to any person, other than such a sale to (x) a subsidiary of Genco which does not involve a change in the equity holdings of Genco, (y) an Excluded Person, or (z) any company or entity owned, directly or indirectly, by stockholders of the Company in substantially the same proportions as their ownership of common stock of the Company;

(iii) any merger, consolidation, reorganization or similar event of Genco or any of its subsidiaries, as a result of which the holders of the voting stock of Genco immediately prior to such merger, consolidation, reorganization or similar event do not directly or indirectly hold at least fifty percent (50%) of the aggregate voting power of the voting securities of the surviving entity;

(iv) any Person, other than an Excluded Person, becomes the “beneficial owner” (within the meaning of Rule 13d-3 under the Securities and Exchange Act of 1934), directly or indirectly, of securities of the Company representing more than 40% of the combined voting power of the Company’s then outstanding Voting Securities and such Person is required to file a Schedule 13D; or

Notwithstanding the foregoing, a Change in Control will not be deemed to have occurred if an Excluded Person has the ability to appoint a majority of the members of the Board of Directors.

For the purposes of this section “Voting Securities” shall mean the securities entitled to vote generally in the election of directors to the Board of Directors of the Company.

Further, and notwithstanding the foregoing, for each payment subject to Section 409A of the Internal Revenue Code for which a Change in Control is the payment event for Section 409A purposes, a Change in Control shall be deemed to occur under this Agreement with respect to such payment only if a change in the ownership or effective control of Genco or a change in the ownership of a substantial portion of the assets of Genco shall also be deemed to have occurred under Section 409A of the Internal Revenue Code.”

3.         This letter and the Agreement contain the entire understanding between the parties on the subjects covered here and supersede all prior agreements, arrangements and

understandings, whether written or oral, regarding the subjects covered here.  The Agreement and this letter may not be changed, nor may any of their provisions be waived, orally, but may only be changed in writing signed by both parties.

4.         You agree and acknowledge that the parties hereto have been provided with the opportunity to consult with counsel regarding the provisions of this letter.