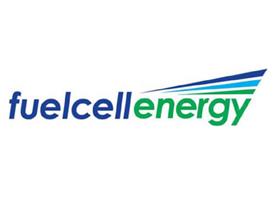 Eligible Participants:   The executive officers of the Company and other members of senior management designated by the Board of Directors of the Company or its Compensation Committee (the “Committee”) will be eligible for awards under this LTI Plan.  In addition, subject to the limitations described below under “Delegated Award Authority,” the Company’s Chief Executive Officer (“CEO”) may designate additional participants to receive CEO Discretionary Awards (as defined below).

Awards:   There will be three (3) award components granted annually under this LTI Plan:

CEO Discretionary Awards may consist of some or all of the above in different proportions selected by the CEO.

Notwithstanding any other provisions of this LTI Plan document, all determinations with regard to awards for the Company’s executive officers (including target award values) shall be made exclusively by the Committee, except for the award to the CEO (including the CEO target award value), which shall be made by the independent directors of the Board of Directors of the Company, based on a recommendation from the Committee.

the Performance Shares are granted, with a continued service-based vesting requirement until the third anniversary of the date of grant.

The performance criteria and certain other terms of the Performance Shares are described below:

“Beginning Stock Price” shall mean the average closing price of the Company’s common stock over the 20 consecutive trading days ending on the last trading day immediately prior to the beginning of the Performance Period (or, in the case of the Performance Shares granted in fiscal year 2020, May 8, 2020).

“Ending Stock Price” shall mean the average closing price of the Company’s common stock over the 20 consecutive trading days ending on the last day of the Performance Period.

Performance Shares earned on the basis of Relative TSR Performance remain subject to vesting based on continued service until the third anniversary of the grant date.

Performance Shares earned on the basis of Absolute TSR Performance remain subject to vesting based on continued service until the third anniversary of the grant date.

Vesting Criteria for Restricted Stock Units:  RSUs granted to LTI Plan participants will vest based on continued service at a rate of one-third (1/3) of the total number of RSUs granted on each of the first three anniversaries of the grant date.

Effect of Termination: If a participant’s employment terminates for any reason prior to the date Performance Shares or RSUs are fully vested, then all Performance Shares or RSUs that have not vested shall be immediately forfeited, except as may otherwise be provided by the Committee (or in the case of the CEO, the independent members of the Board of Directors of the Company) or under the Omnibus Plan.

Termination and Amendment.  The Committee or the Board of Directors of the Company may amend, modify or terminate this LTI Plan at any time; provided that no such amendment, modification or termination shall adversely affect awards previously granted under this LTI Plan without the consent of the award holder except to the extent permitted without such consent by the terms of the applicable award agreement or the Omnibus Plan.