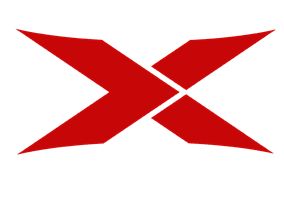 DESTIN, FLORIDA, (NEWS MEDIA WIRE) – Duke Mountain Resources Inc. (OTC: DKMR) is extremely excited and proud to announce its latest investment into the sports entertainment market of mixed martial arts as the lead investor of  Xtreme Fighting Championships, Inc.(“XFC”).  XFC is a premier international mixed martial arts (“MMA”) organization based in Destin Florida, with offices throughout the United States and South America.
Chairmen & CEO, Steve Smith, is excited to get the fighters back into the Hexagon.  “We have been working with XFC and our management team to bring our fighters back into the cage for a while now, offering XFC events that have been embraced worldwide. I am excited to announce that we are bringing the XFC back this year!. While the business model and leadership team will provide the product in the Hexagon expected by our fans, we have made many strategic changes that have created a new vision and stability for XFC that will enable the organization to rise to the pinnacle of combat sports.”
DKMR is the lead investor in XFC and has been working for the past two years to bring XFC events back into the stadium spotlight.  Management has agreed that XFC’s first event will take place in the third quarter of  2020.  XFC showcases both male and female fighters, advocates the development of young MMA fighters, and produces stadium fight cards in various locations in the United States, Europe and South America
The organization's first stadium event was called XFC 1: Dynamite and was staged at the St. Pete Times Forum in Tampa, Florida on November 11, 2007. The show officially drew over 11,000 MMA fans, tripling the former record for attendance at an MMA event in the state of Florida. With the merger of XFC International in 2014, the organization has produced 44 high level broadcasted events to date, as well as dozens of content driven specialty events.
President and COO Myron Molotky provided insight for the relaunch: “XFC became an international success based on discovering the next generation of talent in the industry. Everything is earned inside the Hexagon. We attribute the growth and success of XFC to providing a platform for the fighters that is supported by the fans globally. XFC is a fighter first organization, and it shows when the cage doors close to the crowning of our new XFC Champions.”
XFC has a new website at XFCMMA.net and will be announcing new partners in the coming weeks. News will also be announced on our social media channels, such as our 440,000 fans on Facebook https://www.facebook.com/OfficialXFC/ and robust XFC-XFC International YouTube channel.
About Duke Mountain Resources, Inc.
Duke Mountain Resources, Inc. was incorporated under the laws of the State of  Nevada on May 3, 2006.  The purpose of the Company is to serve as a vehicle to effect a merger, exchange of capital stock, asset acquisition, or other business combination with a domestic business.  The company has operated primarily within the U.S.
About Xtreme Fighting Championships, Inc.
Xtreme Fighting Championships, is a Florida company.  The company is the owner and manager of an organization of mixed martial arts fighters.  XFC maintains offices throughout the U.S. and South America.  The organization hosts both men and women fights.  The organizations’ first events of the relaunch will occur during the third quarter of 2020. The XFC prepares for a relaunch of the global entity that dominated the world of combat sports by offering a platform for the Next Generation of Champions in the sport of Mixed Martial Arts. XFC became a worldwide favorite and highly recognized organization through the creation of a business model that differentiates XFC from every other sports franchise in combat sports.  Founded in 2006, Xtreme Fighting Championships provided the platform for rising stars to earn their way into the mainstream headlines through extraordinary talent and sheer will exhibited in the XFC Hexagon. XFC tryouts in both North and South America have offered a path for these athletes to become household names by proving themselves in the XFC Hexagon through combat, not reputation or marketing.  XFC also became the first in combat sports to feature female athletes by creating the largest and most talented female roster in MMA. Many of these fighters that have been groomed by XFC are now considered the top competitors in the sport. XFC provides a business model that creates exposure for the athletes and the brand that is unsurpassed. High level production, top broadcasters and digital partners around the world, hundreds of exclusively signed athletes from 35+ countries, the discovery of new talent every day, and a passionate and knowledgeable staff will provide the strategy to take XFC to the pinnacle of combat sports.
Safe Harbor for Forward-looking Statements
This press release may contain forward-looking information within the meaning of Section 27A of the Securities Act of 1933 and Section 21E of the Securities Exchange Act of 1934, and is subject to the safe harbor created by those sections.  There are many factors that could cause the Company's expectations and beliefs about its operations, its services and service offerings, its results to fail to materialize.  All forward-looking statements in this press release are based on information available to us as of the date hereof, and we assume no obligation to update these forward-looking statements.