This THIRD AMENDMENT TO LEASE (“Third Amendment”) is made and entered into as of the 6th day of August, 2019, by and between HCP TORREY PINES, LLC, a Delaware limited liability company (“Lessor”), and DERMTECH, INC., a Delaware corporation (“Lessee”).

A.             Lessor (as successor-in-interest to AG/Touchstone TP, LLC, a Delaware limited liability company) and Lessee (as successor-in-interest to DERMTECH INTERNATIONAL, a California corporation ) are parties to that certain Standard Multi-Lessee Office Lease - Net dated January 25, 2013 (the “Original Lease”), as amended by that certain Addendum to Lease dated January 25, 2013 (the “Addendum”), as further amended by that certain First Amendment to Standard Rental Lease, Storage Lease and Signage Lease to Expand and Extend Term dated January 30, 2014 (the “First Amendment”), and as further amended by that certain Assignment, Consent to Assignment, and Second Amendment to Standard Multi-Lessee Office Lease – Net (the “Second Amendment,” and together with the Original Lease, Addendum and First Amendment, collectively, the “Lease”), whereby Lessor leases to Lessee, and Lessee leased from Lessor, that certain 9,589 rentable square feet of space commonly known as Suites 100 and 130 (collectively, the “Existing Premises”) and located on the first (1st) floor of that certain building located at 11099 North Torrey Pines Road, San Diego, California (the “Building”).

B.             Lessor and Lessee desire (i) to expand the Existing Premises to include that certain space consisting of approximately 3,595 rentable square feet of space located on the second (2nd) floor of the Building (the “Expansion Premises”), as delineated on Exhibit A attached hereto and made a part hereof, and (ii) to make other modifications to the Lease, and in connection therewith, Lessor and Lessee desire to amend the Lease as hereinafter provided.

NOW, THEREFORE, in consideration of the foregoing recitals and the mutual covenants contained herein, and for other good and valuable consideration, the receipt and sufficiency of which are hereby acknowledged, the parties hereto hereby agree as follows:

3.1.     Option to Extend. Section 4 of the First Amendment is hereby deleted and of no further force or effect.

5.             Brokers. Lessor and Lessee hereby warrant to each other that they have had no dealings with any real estate broker or agent in connection with the negotiation of this Third Amendment other than Hughes Marino (representing Lessee) and CBRE, Inc. (representing Lessor) (collectively, the “Brokers”), and that they know of no other real estate broker or agent who is entitled to a commission in connection with this Third Amendment. Each party agrees to indemnify and defend the other party against and hold the other party harmless from any and all claims, demands, losses, liabilities, lawsuits, judgments, and costs and expenses (including, without limitation, reasonable attorneys’ fees) with respect to any leasing commission or

equivalent compensation alleged to be owing on account of the indemnifying party’s dealings with any real estate broker or agent other than the Brokers. The terms of this Section 5 shall survive the expiration or earlier termination of this Third Amendment.

6.             Security Deposit. Notwithstanding anything in the Lease to the contrary, the Security Deposit held by Lessor pursuant to the Lease, as amended hereby, shall equal Seventy-One Thousand Three Hundred Ninety-Six and No/100 Dollars ($71,396.00). Lessor and Lessee acknowledge that, in accordance with Paragraph 5 of the Lease, Lessee has previously delivered the sum of Fifty Thousand and 00/100 Dollars ($50,000.00) (the “Existing Security Deposit”) to Lessor as security for the faithful performance by Lessee of the terms, covenants and conditions of the Lease. Concurrently with Lessee’s execution of this Third Amendment, Lessee shall deposit with Lessor an amount equal to Twenty-One Thousand Three Hundred Ninety-Six and No/100 Dollars ($21,396.00) to be held by Lessor as a part of the Security Deposit. To the extent that the total amount held by Lessor at any time as security for the Lease, as hereby amended, is less than Twenty-One Thousand Three Hundred Ninety-Six and No/100 Dollars ($21,396.00) , Tenant shall pay the difference to Landlord within ten (10) days following Tenant’s receipt of notice thereof from Landlord.

IN WITNESS WHEREOF, this Third Amendment has been executed as of the day and year first above written. 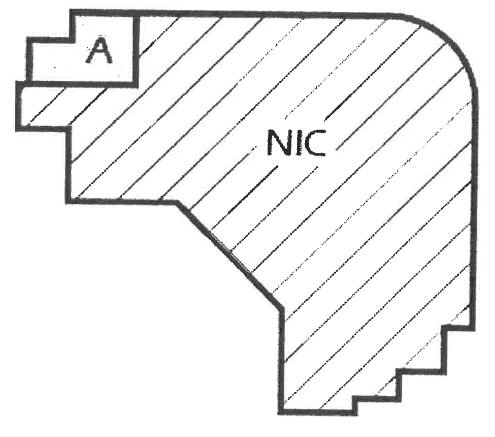