(a) The Company and the Bank shall provide any public or non-public statement that is consistent with the following as to the reason and nature of Executive’s separation from employment with CB: “After having worked very hard for the organization for the last five years and achieving many important goals for the Bank, Executive is stepping down to focus on his family.  The Company and Bank appreciate Executive’s many contributions to its growth and success.”


(b) Executive agrees that he will state the following and nothing inconsistent with the following as to his regard for and opinion of the Company and the Bank: “Executive appreciates the opportunities and support he received from the Bank and leaves with high regard for the Bank.”


(c) The Company, the Bank and Executive agree that the press release in the form attached as Exhibit B hereto will be issued to the public promptly following the execution of this Agreement.


(d) Notwithstanding anything in this Section 6 to the contrary, the requirements of this Section 6 do not apply to any truthful statement required to be made by Executive, the Company or the Bank (including the directors and executive officers of the Company and the Bank) in any legal proceeding, governmental or regulatory investigation or inquiry, or pursuant to federal securities laws.


7. Release and Waiver.
(a) In consideration of the benefits payable under Sections 3 and 4 of this Agreement, Executive, Executive’s heirs, executors, administrators, successors and assigns, hereby fully, finally and forever release and discharge CB, all parent, subsidiary, related and affiliated companies of CB, as well as its and their successors, assigns, officers, owners, directors, agents, representatives, attorneys, and employees (all of whom are referred to throughout this Agreement as the “Parties”), of and from all claims, demands, actions, causes of action, suits, damages, losses, and expenses, of any and every nature whatsoever, as a result of actions or omissions occurring through the Resignation Date.  Specifically included in this waiver and release are, among other things, claims of alleged employment discrimination, either as a result of the separation of Executive’s employment or otherwise, under the Age Discrimination in Employment Act, the Older Workers Benefit Protection Act, Title VII of the Civil Rights Act of 1964, the Family and Medical Leave Act, the Americans with Disabilities Act, the Employee Retirement Income Security Act, and any other federal, state or local statute, rule, ordinance, or regulation, as well as any claims for alleged wrongful discharge, negligent or intentional infliction of emotional distress, breach of contract, fraud, defamation, or any other unlawful behavior, the existence of which is specifically denied by the Parties.  The foregoing list is intended to be illustrative rather than inclusive.  Except as set forth in Section 14 of this Agreement, Executive waives Executive’s rights and claims to the extent set forth above, and


4
Executive also agrees not to institute, or have instituted, a lawsuit against the Parties based on any such waived rights or claims.


(b) Nothing in Section 7(a) of this Agreement, however, will be construed to prohibit Executive from filing a charge or participating in any investigation or proceeding conducted by the Equal Employment Opportunity Commission or comparable state or local agency.  Notwithstanding the foregoing, except as provided in Section 14 hereof, Executive waives Executive’s right to recover monetary or other damages as a result of any charge or lawsuit filed by Executive or by anyone else on Executive’s behalf, including a class or collective action, whether or not Executive is named in such proceeding.  Further, nothing in this Agreement is intended to waive Executive’s entitlement to: (1) the payments and benefits set forth under this Agreement; (2) vested or accrued benefits under the CB Benefit Plans, as applicable; (3) COBRA health care coverage pursuant to applicable law; and (4) indemnification and directors’ and officers’ insurance coverage applicable to the fullest extent permitted under applicable law and as provided pursuant to the Bank’s or the Company’s directors’ and officers’ liability insurance policy.  Finally, this Agreement does not waive claims that Executive could make, if available, for unemployment or workers’ compensation.


8. Mutual Non-Disparagement.  Executive will not disparage or make derogatory or untruthful comments about CB or CB’s present and former officers, directors, employees, agents, or attorneys, or their business practices.  In return, CB agrees that its officers and directors will not disparage Executive in any manner that is harmful to Executive, Executive’s business reputation or personal reputation.  The provisions of this Section 8 do not apply to any
5
truthful statement required to be made by Executive or CB (including its directors and executive officers) in any legal proceeding or governmental or regulatory investigation or inquiry.


9. Arbitration of all Disputes.  Any dispute or controversy arising under or in connection with this Agreement shall be settled exclusively by arbitration, conducted within 50 miles of the Bank’s corporate headquarters, in accordance with the Commercial Rules of the American Arbitration Association then in effect.  Judgment may be entered on the arbitrators’ award in any court having jurisdiction.  The above notwithstanding, any party may seek injunctive relief in a court of competent jurisdiction in Pennsylvania to restrain any breach or threatened breach of any provision of this Agreement, without prejudice to any other rights or remedies that may otherwise be available.
10. Breach Damages.  If a party to this Agreement establishes a breach of any provision of this Agreement, it shall be entitled to recover appropriate damages from the breaching party(ies), as well as all reasonable attorney’s fees and costs incurred in a successful proceeding to enforce this Agreement.


12. Notice.  Any notice required or permitted to be given under this Agreement shall be deemed properly given if in writing and if mailed by registered or certified mail, postage prepaid with return receipt requested, at the address listed below or at other address as specified to the other party:
If to Executive:  Most recent address on file.
If to the Company or the Bank:


CB Financial Services, Inc. or Community Bank, as applicable
100 N. Market Street
Carmichaels, Pennsylvania 15320
Attention: Chairman of the Board of Directors
6
13. General Provisions.
(a) Non-Assignability.  This Agreement may not be assigned by Executive.
(b) Binding on Successors.  The terms of this Agreement shall be binding upon the parties hereto and their respective heirs, personal representatives, successors and permitted assigns, including any successor employer to the Company and/or the Bank in the event of a change in control.
(c) Final Agreement.  This Agreement and any other benefit plan or agreement referenced in this Agreement represent the entire understanding of the parties with respect to the subject matter hereof and supersedes all prior understandings, written or oral.  The terms of this Agreement may be changed, modified or discharged only by an instrument in writing signed by the parties hereto.
(d) Governing Law.  This Agreement shall be construed, enforced and interpreted in accordance with and governed by the laws of the Commonwealth of Pennsylvania, without reference to its principles of conflicts of law.
(e) Counterparts.  This Agreement may be executed in one or more counterparts, each of which counterpart, when so executed and delivered, will be deemed an original and all of which counterparts, taken together, will constitute but one and the same agreement.
(f) Severability.  If any provision of this Agreement is determined to be void or unenforceable, then the remaining provisions of this Agreement will remain in full force and effect.
(g) Tax Withholding.  The Company or the Bank shall withhold from the amounts payable under this Agreement such federal, state and/or local taxes as shall be required to be withheld pursuant to any applicable law or regulation.
14. Protected Rights.  Notwithstanding anything in this Agreement to the contrary, Executive understands that nothing contained in this Agreement limits Executive’s ability to file a charge or complaint with the Securities and Exchange Commission or any other federal, state or local governmental agency or commission (“Government Agencies”) about a possible securities law violation without the approval of CB.  Executive further understands that this Agreement does not limit Executive’s ability to communicate with any Government Agency or otherwise participate in any investigation or proceeding, without notice to CB, that may be conducted by any Government Agency, including providing documents or other information relating to a possible securities law violation.  This Agreement does not limit the Executive’s right to receive any resulting monetary award for information provided to any Government Agency.
[Signature Page to Follow]
7
IN WITNESS WHEREOF, the parties hereto have signed this Agreement on the date set forth above and Executive hereby declares that the terms of this Agreement have been completely read, are fully understood, and are voluntarily accepted after complete consideration of all facts and legal claims.
PLEASE READ CAREFULLY.  THIS AGREEMENT INCLUDES A RELEASE OF CERTAIN KNOWN AND UNKNOWN CLAIMS.
CB HEREBY ADVISES EXECUTIVE TO CONSULT WITH AN ATTORNEY OR OTHER COUNSEL BEFORE EXECUTING THIS AGREEMENT. 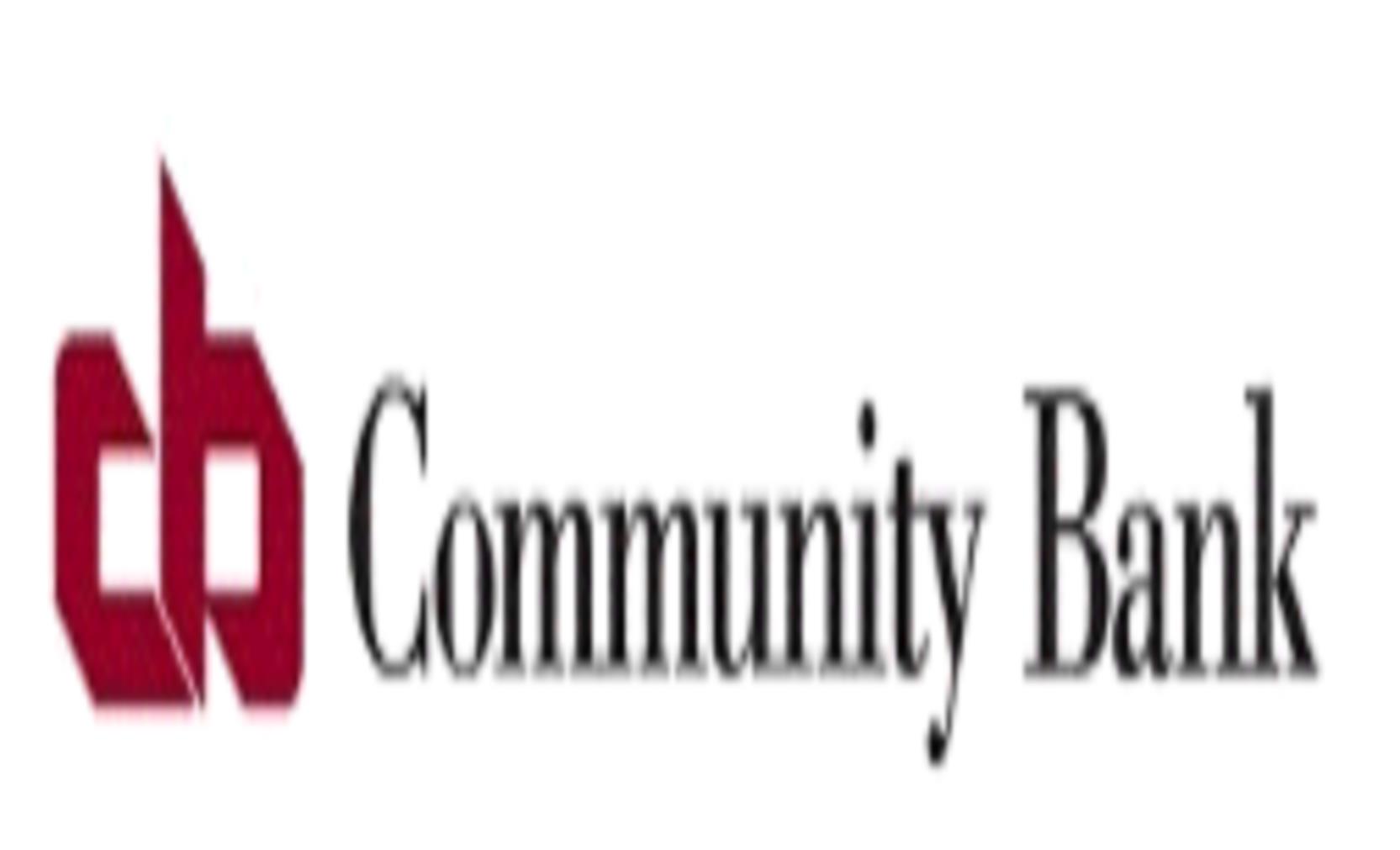 
Washington, PA— January  , 2020  – CB Financial Services, Inc. (“CB or the “Company”) (NASDAQGM: CBFV), the holding company of  Community Bank (the “Bank”), announced that Patrick G. O’Brien has announced his voluntary resigned as President and CEO of the Company and the Bank.  He also resigned as a director of both companies. Mr. O’Brien has long been extremely active in the community and in numerous charitable organizations and seeks more time to devote to his family and these endeavors.


Community Bank has started a search for its next leader.  In the interim, the Bank’s former CEO, Barron P. (“Pat”) McCune, Jr., has been named as President and CEO of both CB Financial Services, Inc. and Community Bank.


Mark E. Fox, Chairman of the Board of Directors, stated “We are fortunate to have Pat McCune available during this transition period.  He deeply understands the industry, our community, our bank and its people.”


Mr. McCune has been associated with Community Bank for over 30 years, first as the Bank’s attorney, then joining the Bank in 1992 as a director, and assuming the position of President in 1999.  He was appointed CEO in 2005.  Under his leadership, the Bank grew many times over and the Company registered with the SEC as a public company trading on NASDAQ.


Mr. McCune stated, “I am honored and pleased to be able to again assume leadership of Community Bank as it seeks the next generation of leadership.  The Bank remains strong and secure, having a deep and experienced management team and having just announced its best ever quarterly financial performance.  I am confident Community Bank will continue its 119-year tradition of safety, excellence and growth.  I also wish to extend my gratitude to my friend Pat O’Brien for his leadership of Community Bank and I wish him the very best going forward”.