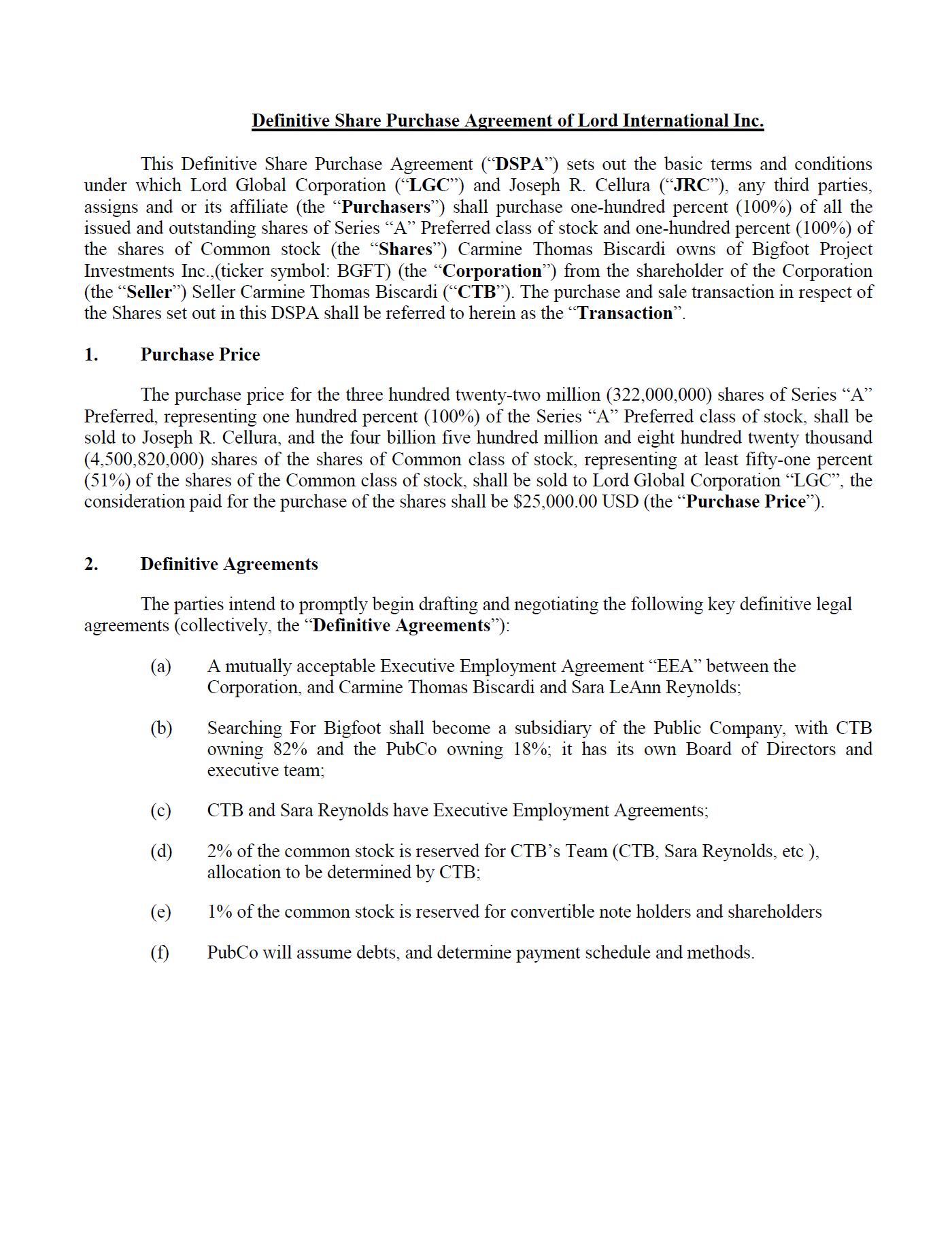 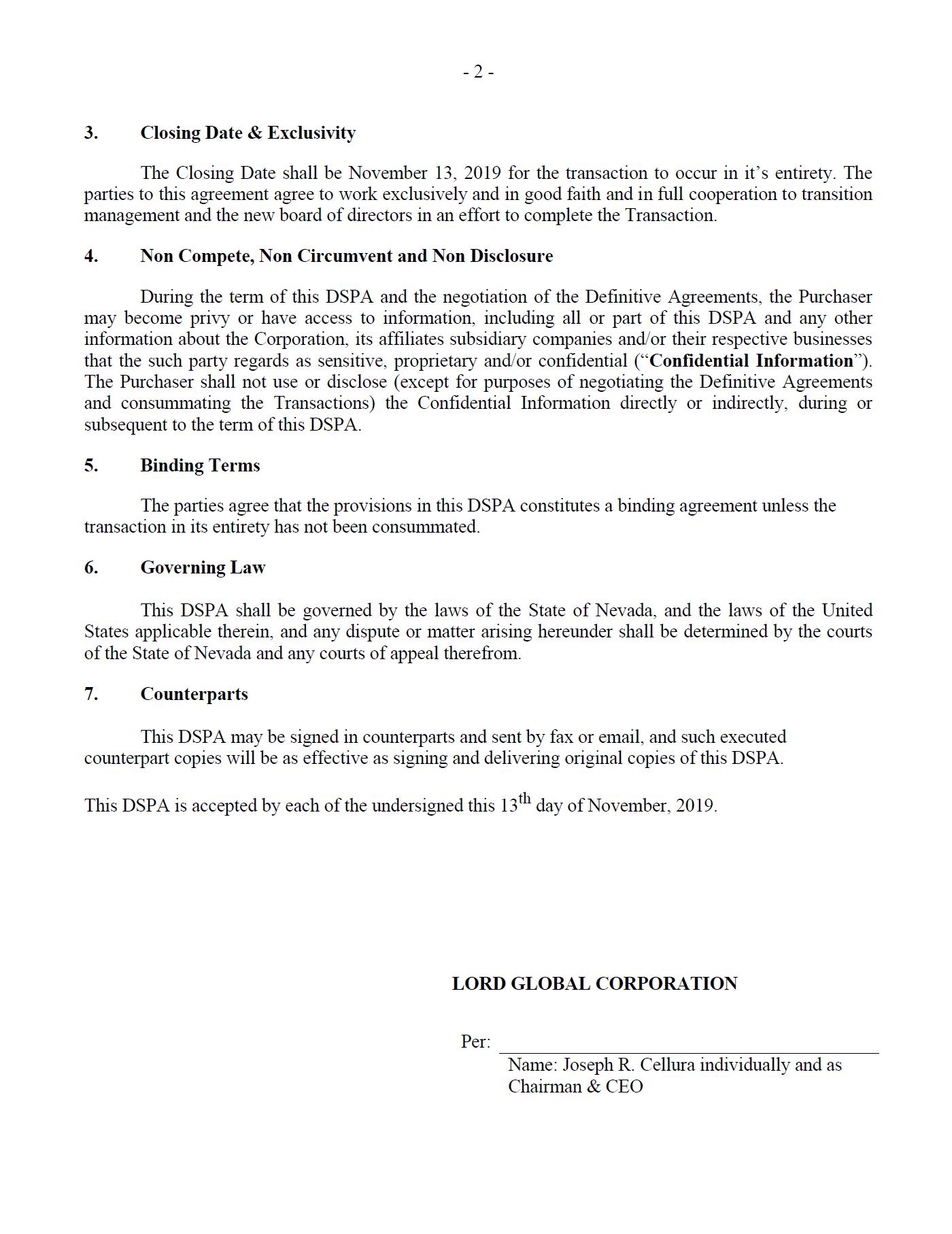 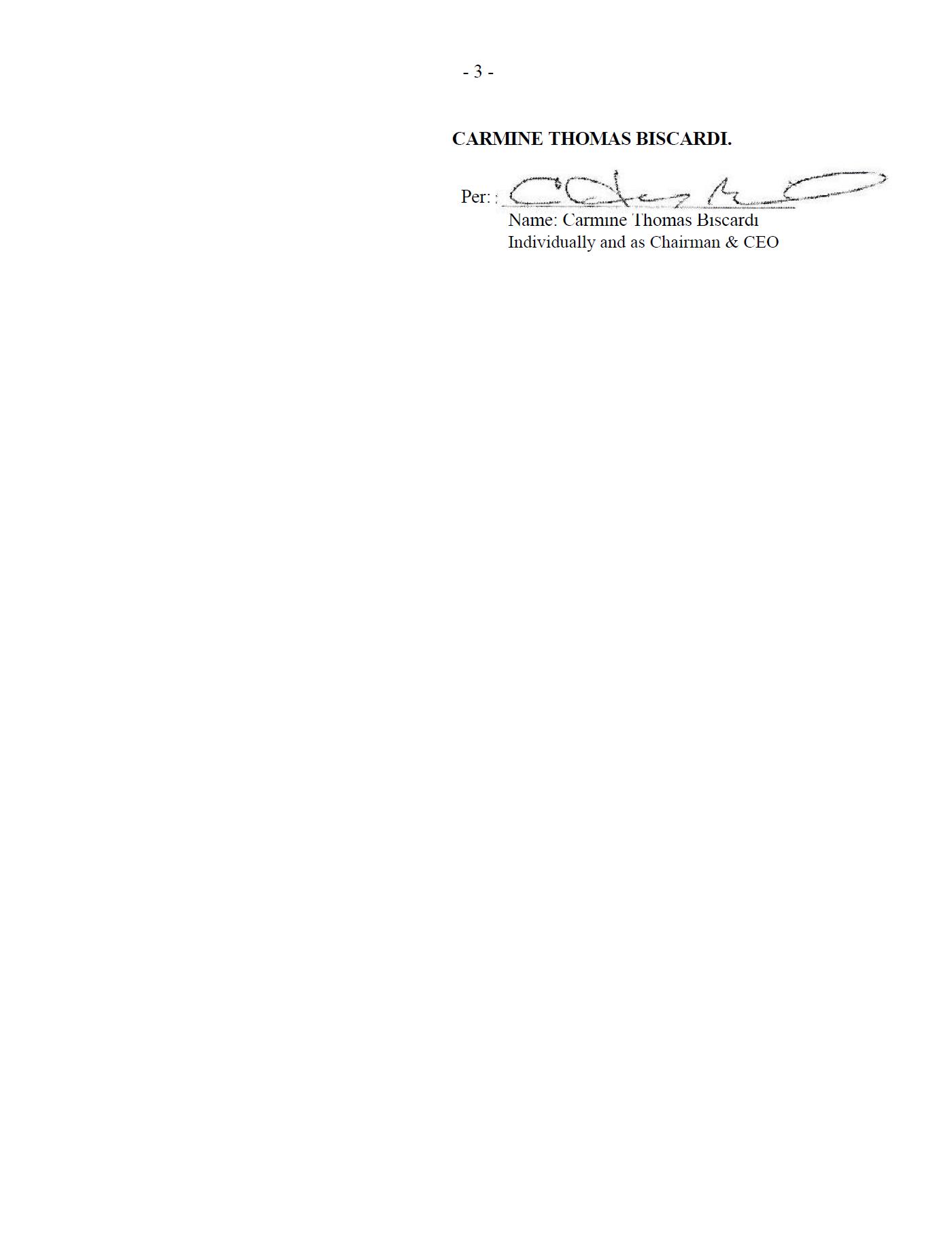 Reference is made to the Shareholders Consent, dated as of November 13, 2019, among Bigfoot Project Investments Inc., a Nevada corporation (the “Company”), and Shareholders of the Company identified therein (the “Consent”). Capitalized terms used herein have the meanings assigned to such terms in the Consent.

WHEREAS, the Shareholders, wish to reduce the amount of common stock in the marketplace through a 100,000:1 reverse stock split in the future at the appropriate time to create better distribution of the stock in the market and to increase shareholder value.

This Addendum will be attached to and become part of the Agreement and will be binding upon and inure to the benefit of the Company and each other Shareholder.

I acknowledge that I have read the foregoing Addendum and the Shareholders Agreement of the Company, that I know its contents, that I consent thereto and that I agree to be bound by its terms.

IN WITNESS HEREOF, the undersigned has executed this written consent as of the date first above written.

OF BOARD OF DIRECTORS

The meeting of the Board of Directors of the above-named corporation was held telephonically on December 9, 2019 at 6:00pm Eastern.

The following Directors were present, constituting a quorum:

The meeting was called to order by Carmine T. Biscardi.

Per the agreement the standing Board members are tendering their resignations as part of this meeting business.

There being no further business to come before the meeting, upon motion duly made, seconded and unanimously carried the meeting was adjourned. Date: December 9, 2019