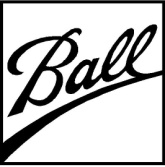 The purpose of the Plan is to advance the interests of the Company by providing a long-term financial incentive to selected key executives who contribute and are expected to continue to contribute materially to the success of the Company through their leadership skills, vision and dedication.

2.1       “Award” means the incentive earned by a Participant under the terms of the Plan during a Performance Cycle.

2.2       “Committee” means the Human Resources Committee of the Board of Directors of Ball Corporation.

2.10     “Plan” means this Amended and Restated Long-Term Cash Incentive Plan as set forth in this document and as amended from time to time.

2.12     “Retirement” means termination of employment by a participant for whatever reason other than death or disability after attainment of age and service years which, when combined, equals or exceeds seventy (70), subject to a minimum age of fifty-five (55). This definition of Retirement is subject to any existing or additional statutory requirements or prescribed definition of retirement as set forth by local laws in jurisdictions where the Plan is to be implemented and which would take precedence.

2.14     “Total Shareholder Return” means the change in share price plus dividends during a Performance Cycle.

3.         Calculation of Performance Measures and Awards

Performance is measured and awards are calculated based on two independent components.  Each component will account for one-half of the Participation level.

Awards for performance between the minimum, target and maximum requirements will be prorated.

Minimum - the 37.5th percentile of the GICS

Target - the 50th percentile of the GICS

Maximum - the 75th percentile of the GICS

Awards for performance between the minimum, target and maximum requirements will be prorated.

5.2       Amendment and Termination of the Plan - The Company retains the right to terminate or amend the Plan, but only with respect to Performance Cycles not yet begun.

5.5       Captions - The captions to the articles, sections, and paragraphs of this Plan are for convenience only and shall not control or affect the meaning or construction of any of its provisions.

5.6       Gender, Singular and Plural - All pronouns and any variation thereof shall be deemed to refer to the masculine and feminine gender as the identity of the person or persons may require.  As the context may require, the singular may be read as the plural and the plural as the singular.

5.7       Merger, Consolidation or Acquisition - In the event of a merger, consolidation or acquisition such that the Company is not the surviving corporation, Awards will become immediately payable based on the performance achieved as of the end of the most recently completed calendar year for each Performance Cycle to which the grant of Award opportunities has occurred at least six months previously.

5.8       Non-Alienation of Benefits - Neither the Participant nor any designated beneficiary under the Plan shall have the power to transfer, assign, anticipate, hypothecate, or otherwise encumber in advance any of the benefits payable hereunder, nor shall said benefits be subject to seizure for the payment of any debts or judgments or be transferable by operation of law in the event of bankruptcy, insolvency or otherwise.

5.10     Termination of Employment Due to Death, Disability or Retirement - If death, disability or Retirement occurs prior to the end of one or more Performance Cycles in which an executive was a Participant, the Participant’s Award for each such Performance Cycle will be calculated as provided in Section 3, then prorated by multiplying by a fraction the numerator of which shall be the number of days of employment actually served during the Performance Cycle, and the denominator of which shall be the total number of days in the Performance Cycle,  and paid in accordance with Section 4. Any Participant whose employment terminates for cause, or any reason other than as set forth in this section, shall not be eligible to receive any Awards.