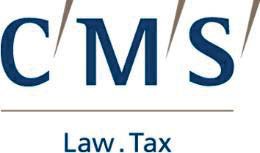 CERTAIN IDENTIFIED INFORMATION HAS BEEN EXCLUDED FROM THIS EXHIBIT BECAUSE IT IS BOTH (I) NOT MATERIAL AND (II) WOULD BE COMPETITIVELY HARMFUL IF PUBLICLY DISCLOSED.

Between
BABCOCK AND WILCOX VØLUND A/S
and
[    ]

c.Further, as consideration in addition to the Settlement Sum, against reduced recovery under the Policies, BWV has hereby acquired any rights of recourse, including rights of recourse arising as a consequence of this Settlement Agreement, [    ] may have against third parties under the Policies and applicable law, including section 22 of the Danish Liability and Compensation Act [in Danish: Erstatningsansvarsloven]. By signing this Settlement Agreement, [    ] irrevocably and unconditionally assigns [in Danish: transport til eje] to BWV any and all rights of recourse as set out in this paragraph.
3.RELEASE AND DISCHARGE
a.This Settlement Agreement is in full and final settlement of the Proceedings and the Dispute, and each Party hereby irrevocably, wholly and unconditionally releases, waives and forever discharges, all and/or any claims or circumstances (whether already notified to [ ] or not), that it
5
EXHIBIT 10.65
has had, may have or hereafter can, shall or may have against the other Party, including but not limited to their holding companies, subsidiaries, affiliates, directors or employees in connection
6
EXHIBIT 10.65
to the Dispute or under the Policies, including but not limited to any claims; and / or the underlying facts relating to the Dispute (collectively the “Released Claims”).

We agree to the terms of this Settlement Agreement and I represent that I am duly authorised to sign it on behalf of [    ]
Signed this 12 day of October 2020.