Second Amendment to Office Lease Agreement made as of November 9, 2017 by and between Alachua Foundation Park Holding Company, LLC and Applied Genetic Technologies Corporation

A. Landlord and Tenant are parties to: (i) that certain Standard Form of Lease for Foundation Park dated on or about April 10, 2015 (the “Original Lease”) as amended by (ii) that certain Amendment to Office Lease Agreement dated effective October 1, 2016 (the “First Amendment”). The Original Lease as amended by the First Amendment is referred to collectively as the “Lease”. Pursuant to the Lease, Tenant leases Suites 101 and 102, containing 21,590 square feet net rentable area (the “Premises”), in the building known as “Building #1” located at 14100 N. W 113th Terrace, Alachua, Florida in the buildings known as Foundation Park (the “Project”). The initial term of the lease commenced on January 1, 2016, and expires on December 31, 2027.

C. Landlord is willing to agree to such modifications provided that this agreement is entered into, but not otherwise.

NOW, THEREFORE, in consideration of the mutual promises herein contained and other good and valuable consideration, the receipt and sufficiency of which is hereby acknowledged by the parties, Landlord and Tenant hereby agree as follows:

1. Recitals. All recitals set forth above are true and correct and are incorporated hereby reference.

Space Delivery Date”, which date is estimated to be December 1, 2017. The Storage Space Delivery Date shall not occur prior to December 1, 2017. Otherwise, Tenant accepts the Storage Space and the Premises “AS IS” and acknowledges that Landlord has no obligation to make any other repairs or alterations to the Premises as a condition to this amendment.

3. Term. The Initial Term of the Lease shall not be modified, and shall continue to expire on December 31, 2027.

4. Operating Expenses. Beginning on the Storage Space Delivery Date, as a result of Tenant’s lease of the Storage Space, Tenant’s pro rata share shall be increased from fifty percent (50%) to fifty-four and six tenths percent (54.6%). Tenant shall be responsible for its pro rata share of Operating Expenses and Additional Rent for the Premises in the same manner as set forth in the Lease.

6. Tenant Expansion Option. Tenant acknowledges that Tenant did not elect to exercise Tenant’s Expansion Option as set forth in paragraph 8 of the First Amendment. Such option has now expired and is no longer effective.

7. Performance by Landlord and Tenant. By execution of this Amendment, each party warrants, represents, acknowledges and agrees that the other party hereto has performed each and every obligation of such party pursuant to the Lease as same has been amended from time to time and that there are no defaults (or circumstances which with notice and passage of time would constitute defaults) by either party under the Lease.

8. Brokers. Landlord and Tenant warrant and represent to each other that neither party has had any dealings with any real estate broker, finder or other person with respect to this Amendment to Lease. Tenant covenants and agrees that to the extent Tenant has a leasing representative who is due a fee hereon (other than as disclosed herein), such fee shall be paid directly by Tenant.

9. Covenants Binding. It is mutually agreed that ail covenants, conditions and agreements set forth in the Lease (as hereby amended) shall remain binding upon the parties and inure to the benefit of the parties hereto and their respective successors and assigns.

10. Continuing Force and Effect. Except as modified hereby, all other terms and conditions of the Lease shall remain unchanged and in full force and effect and are hereby ratified and confirmed by the parties hereto.

11. Defined Terms. Except as otherwise expressly provided herein, all defined terms shall have the meanings ascribed to them in the Lease.

13. Writing Required. This Amendment shall not be modified except in writing and signed by both parties hereto.

IN WITNESS WHEREOF, the parties hereto have executed this Amendment to Lease on the date indicated above.

The rent rates and Fixed Annual Rent for the Storage Space during the initial term and renewal terms, if exercised, shall be: 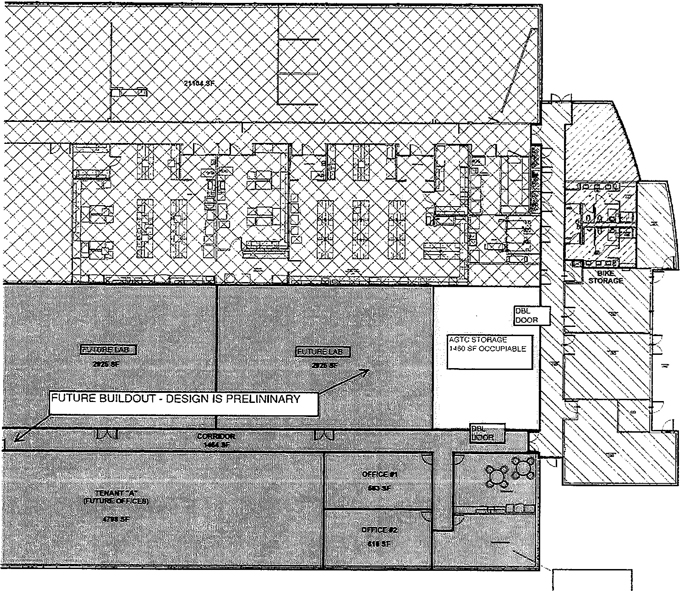