Indenture of Lease, dated October 1, 2018, between the Achronix Semiconductor Corporation, as Lessee, and Information Technology Park Limited, as Lessor

INFORMATION TECHNOLOGY PARK LIMITED, a Company incorporated under the Companies Act, 1956, having its Registered Office at 3rd Floor, Discoverer Building, International Tech Park, Whitefield Road, Bangalore 560 066 hereinafter called “ITPL” (which expression shall unless repugnant to the context or meaning thereof be deemed to include its successors in business and assigns) of the One Part, represented by its Authorized Signatory Mr. Anirban Choudhury;

ACHRONIX SEMICONDUCTORS INDIA PVT LTD., a Company incorporated under the Companies Act, 1956, having its Registered Office at Unit No 7B & 8, 5th Floor, Creator Building, Bangalore — 560 066, hereinafter called “Lessee” (which expression shall unless repugnant to the context or meaning thereof be deemed to include its successors in business and assigns) of the One Part, represented by its Authorized Signatory Ms. Uma Louis;

Department of Stamps and Registration 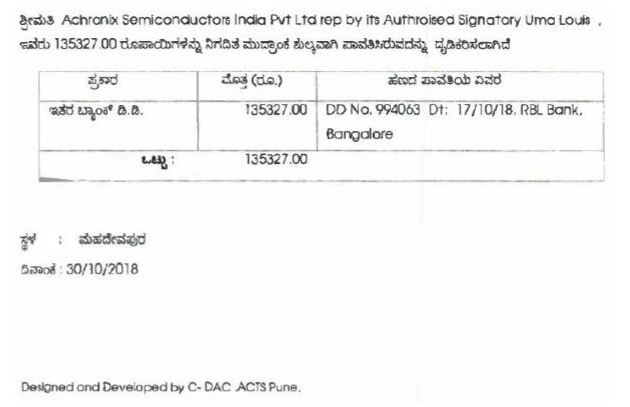 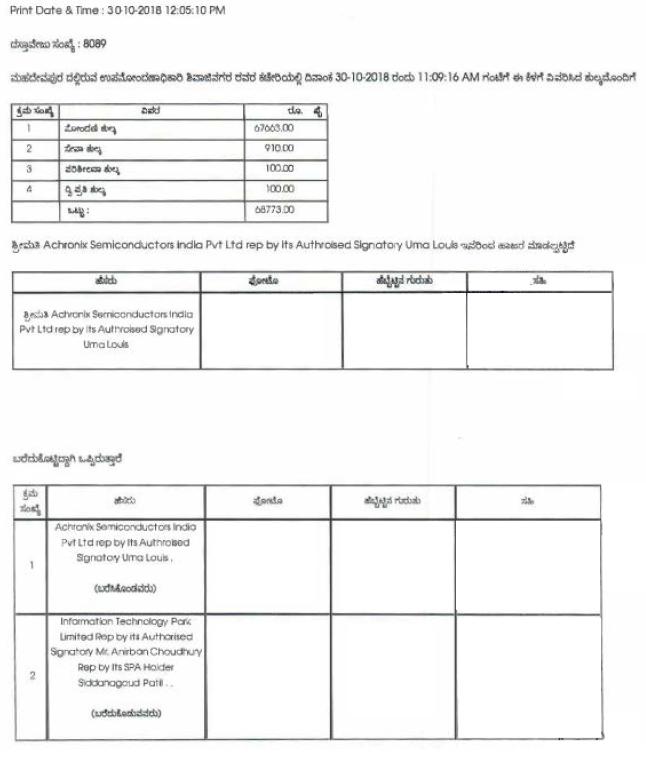 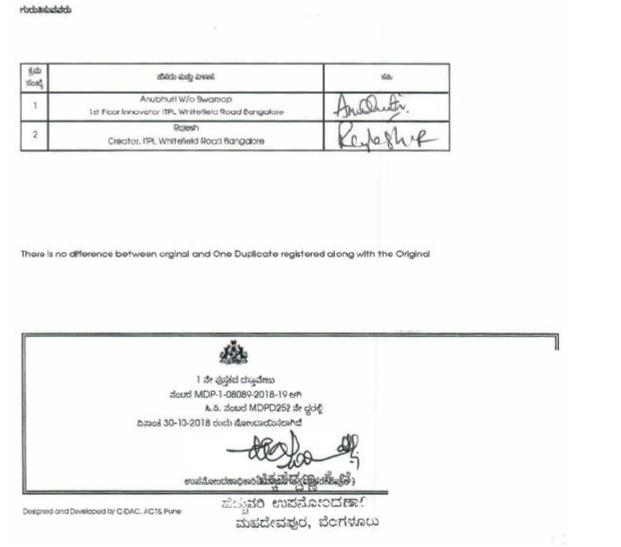 NOW THIS INDENTURE WITNESSETH AND IT IS HEREBY AGREED BY AND BETWEEN THE PARTIES HERETO AS FOLLOWS:

Neither the Lessee nor any director or officer associated with or acting on behalf of the Lessee has used any corporate funds for any unlawful contribution, gift, entertainment or other unlawful expense relating to political activity; made any direct or indirect unlawful payment to any foreign or domestic government official or employee from corporate funds; or violated or is in violation of any provision of the Anti-Corruption Laws.

The operations of the Lessee are and have been conducted at all times in compliance with Anti-Money Laundering Laws and no action, suit or proceeding by or before any court or governmental agency, authority or body or any arbitrator involving the Lessee with respect to Anti-Money Laundering Laws is pending and no such actions, suits or proceedings are threatened or contemplated.

“Anti-Money Laundering Laws” means Prevention of Money Laundering Act, 2002 and as amended from time to time and includes all applicable financial recordkeeping and reporting requirements and any related rules, regulations or guidelines, which in each case are issued, administered or enforced by any Government Authority having jurisdiction over the Consultant, or to which the Lessee is subject.

ITPL believes in the conduct of the affairs of its constituents in a fair and transparent manner by adopting highest standards of professionalism, honesty, integrity and ethical behavior. Anyone aggrieved or coming to know of an alleged act that constitutes an improper or unethical activity or conduct by any of our employees can report the same for further investigation and inquiry using the following whistleblowing channels:

Your report will be received and will be handled confidentially, to the extent permitted by law and consistent with the Company’s requirements to investigate and address the reported conduct.

However, upon investigation, if a complaint is found to be frivolous or made with unsubstantiated allegations, the complainant and/or its associate companies / firms may be barred from participating in any tender process or RFQs floated by ITPL or its affiliates for a limited period of time at the discretion of ITPL.

SCHEDULE B
(Area leased under this indenture)

All that piece and parcel of land comprised in Plot No.111/1 which comprises of Survey No. 80 in Sadarmangala Village and Survey Nos.113/1,113/2,114/1 and 114/38 at Pattandur Agrahara Village, Krishnarajapuram Hobli, Bangalore South, within the Schedule A property and Building constructed thereon and named as ‘Creator’ bearing Khatha No. 356/228 and bounded on the

IN WITNESS WHEREOF the parties hereto have hereunto set their hands and seal on the day, month and year first hereinabove written. 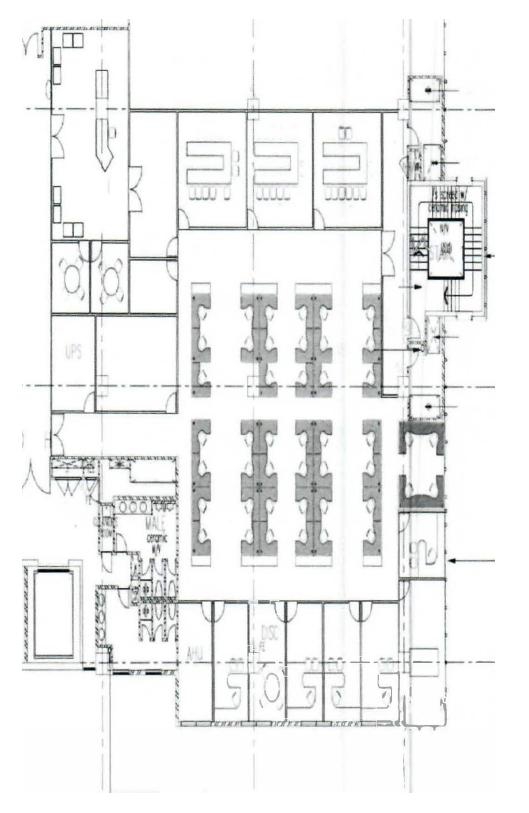 Cast insitu post-tensioned beams and precast Holocor slabs finished with screed is provided for the Offices (Creator) Blocks. Reinforced concrete walls are provided in the service lift and staircase areas